Masya sets her sights on China

According to Masya it had always been her dream to extend her work to another country ever since she ventured into show business.

“Initially, I did not really think about China but after realising how much I love Mandarin songs, I decided to try out the market there. I consider this a great opportunity despite not knowing whether I would be successful. But it will be worthwhile as long as I give it a shot.

“Even my management company has given me the opportunity to make a name for myself there,” the 19-year-old said.

Masya, who is a former student at SMJK Chio Min in Kulim, Kedah, said she first felt disappointed when she was dropped from a reality singing competition in Beijing because she wore a headscarf.

However, Masya said she did not give up, adding that she had now been chosen to represent Malaysia at the Chinese Song Festival in Nanning, China, next Tuesday.

She would also be releasing her first Mandarin single soon.

Masya said she would be embarking on a concert tour with local singer Jeryl Lee in Genting Highlands in October and December.

> The Kelantan government wants to help farmers cultivate more saccharum edule, which is a sugarcane species, as it is in high demand in overseas markets, Sinar Harian reported.

“Currently, there are only 46ha (of saccharum edule). Our target next year is to have at least 230ha,” he said.

Mohd Saripuddin said a farmer can expect to earn an income of up to RM20,000 for every 0.46 hectares.

“It can be harvested in eight months. Besides its stalks that can be used to produce drinks, its leaves are suitable as animal feed,” he said. 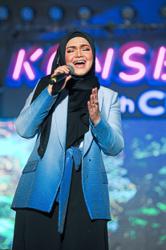 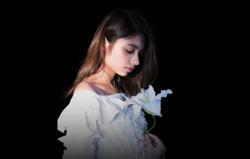