All out to save the sun bear 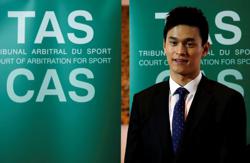 PETALING JAYA: As alarm bells ring with Malaysia’s Sumatran rhino population plummeting to a single surviving female, one wildlife biologist is racing to set up a captive breeding programme for the critically-endangered Malayan Sun Bear.

“Forest fragmentation is becoming increasingly serious, more poachers have access to forested areas and I’ve seen places that used to have lots of sun bears now no longer have any, ” Wong said in an interview.

He said the empty forest syndrome was growing in Malaysia.

The extinction of sun bears, a keystone species, would have ripple effects on the survival of other wildlife and plants in the forest, he said.

“Without sun bears, the forest will be very different... It is my mission to make sure that there are sun bears living in our forests, ” he said.

“Sun bears control the termite population. In the process of eating stingless beehives, they carve holes in trees that hornbills and flying squirrels use as nests, and when they feed on earthworms, they plough the soil, ” he said.

However, poaching and deforestation are pushing sun bears to extinction. A Department of Wildlife and National Parks Peninsular Malaysia (Perhilitan) analysis estimates that there are only 300 to 500 sun bears left in Malaysia as of 2018.Its population in Sabah and Sarawak is unknown but conservationists believe there are fewer sun bears than orang utan left in the wild.

The International Union for Conservation of Nature (IUCN) lists sun bears as “Vulnerable to Extinction” and it is the second rarest bear species after the giant panda. Set up in 2008, BSBCC currently runs a rehabilitation programme for rescued sun bears as well as anti-poaching, conservation, education and research activities.

Wong said the addition of a captive breeding programme would be a holistic approach to maintaining the population of the world’s smallest bear species.

Over the past year, BSBCC has been working with the Borneo Rhino Alliance on an advanced reproductive technology project, involving collecting sun bear semen for future use and studying its reproductive biology.

Wong, who announced his vision for the programme during the International Congress for Conservation Biology 2019 in Kuala Lumpur, said the challenge now was to build a bear den, upgrade veterinary facilities and build capacity in reproduction biology.

To ensure the success of the captive breeding programme, he said strict enforcement was needed to stop poaching and educating the public not to keep, kill or eat sun bears.

“In Sabah, hunting and poaching is still ongoing.

“We need to make sure the hunting and poaching is reduced so that we can give the sun bears a safe forest to roam when we release them, ” he said.

Wong said sun bears could not withstand human activities because they had a very slow reproductive rate, with a wild female sun bear only having an average of three to four cubs in its lifetime.

They have a gestation period of 93 days and will stay with the cub until it reaches adulthood at around three years of age.

Wong said BSBCC was currently housing 43 sun bears, all of which were rescued from poachers.

“We have captive breeding in mind because if we look at the current trend, we will soon have forests with no bears. We failed with the Sumatran rhino, it should be a warning or a lesson to us, an alarm call, ” he said.