PETALING JAYA: Social activist Datin Paduka Marina Mahathir has criticised controversial preacher Zakir Naik for calling on Malaysian Chinese to “go back” to where they belong.

On Twitter, Marina shared online portal Malaysiakini's Zakir Naik report on the issue, tweeting: “That’s rather a lot of my family, who are you to tell us that?”

Marina, who is the eldest daughter of Prime Minister Tun Dr Mahathir Mohamad, then received replies from Twitter users asking her to tell that to her father so that he could deport Zakir.

Zakir, who has faced numerous calls for deportation by various parties, had told the Chinese Malaysians to go back first to where they belong before he does, as they were the “old guests” of the country.

He had made those remarks when he was talking about how Islam had spread peacefully in the region through traders, at the “Executive Talk bersama Dr Zakir Naik” in Kota Baru, Kelantan last Thursday (Aug 8).

Dr Mahathir had previously said that it was difficult to remove Zakir as no other country wanted him.

Foreign Minister Datuk Saifuddin Abdullah had also said Malaysia would not extradite Zakir to his home country despite receiving an extradition application from India to face money-laundering charges.

The preacher has maintained his innocence over terrorism charges made against him back home in India.

That’s rather a lot of my family...who are you to tell us that? https://t.co/eDJh5lnjdp 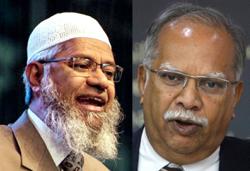 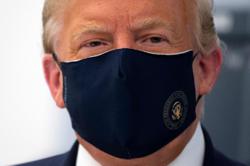 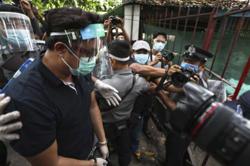