PUTRAJAYA: Tun Dr Mahathir Mohamad is downright peeved by dirty public toilets for it is a reflection of Malaysians’ lack of civic consciousness.

“I am very ashamed (of the condition). This reflects our attitude. We should feel embarrassed but instead, we feel it is all right (not to keep the toilets clean) because we have this notion that no one will know who does what.

“This shows the lack of civic consciousness in our hearts, ” the Prime Minister said at the launch of Civic Education yesterday. The subject was reintroduced in June and has been incorporated into Bahasa Melayu, English, Islamic Education, Moral Education and History lessons.

In contrast, public toilets in some other countries are very clean, he said, adding that this is because the users do not dirty them.

“Why? It’s because they feel they have a responsibility and appreciate the public perception of them. As such, they will keep themselves clean and will not do anything that dirties the toilets, ” he added.

He said that being civic conscious is not only important for one’s success but is also the yardstick to measure one’s ability to live in a society.

It is not about having strict laws but about having self-discipline, said Dr Mahathir who also called out those who tarnish public spaces by scribbling on walls and littering indiscriminately.

“It is all right if we do a mural on walls, but scribbling only tarnishes the cleanliness of the walls alongside roads in the cities.

“Doing graffiti shows that the person is not civic-minded. It is not about having laws (to prevent this) but if we are civic-minded, we will not be scribbling or splashing paint on walls, ” he said.

The Prime Minister said that people want to live in a clean and rubbish-free environment but they are also the ones who dirty it.

“If three million people in Kuala Lumpur throw cigarette butts indiscriminately, in no time, we will be living in a mountain of cigarette butts, ” he said.

The Prime Minister, whose admiration for the Japanese culture is well known, said he is impressed by how they placed importance on cleanliness and teach their children to look after the environment.

“The children will fold the food wrapper and only throw it in waste baskets or bins by the roadside.

They will only throw rubbish there and not anywhere else. This is what we need to teach the public, ” he said.

Dr Mahathir said this is why civic education is important, so that the younger generation are taught good values, are considerate of others and act to contribute to the wellbeing of society.

“A fine example of good civic-mindedness can be seen in the search for the missing girl. Those involved in the operations have

sacrificed their holiday and Hari Raya Aidiladha celebration to help search for her.

“To me, that is a reflection of high civic-mindedness because if we are civic-minded, we will know what our responsibilities are, ” he said in reference to the search for Irish teen Nora Anne Quoirin who has been missing since Aug 4 while on vacation near Seremban with her family.

The Prime Minister said he hoped civic education will mould individuals and society to be responsible and considerate to all.

“With its people being civic-minded, Malaysia will be progressive and clean and will be looked up to by the world, ” he said. 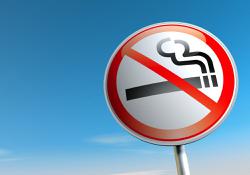