The Iskandar Puteri MP said that Zakir has cast baseless aspersions on the Indian Malaysian community who have made great sacrifices and contributions to the building of present-day Malaysia.

“Malaysian authorities should not allow foreigners to abuse their privileges of becoming a permanent resident to create inter-racial and inter-religious tension and conflict in the country,” Lim said in a statement Monday (Aug 12).

He also alleged that the Hindus here were more loyal to Indian Prime Minister Narendra Modi than to Tun Dr Mahathir Mohamad.

Foreign Minister Datuk Saifuddin Abdullah had earlier said Malaysia would not extradite Zakir to his home country despite receiving an extradition application from India to face money-laundering.

India is also investigating terrorism-related offences against him.

Speaking to Turkish television in late July, Dr Mahathir said the controversial preacher Zakir Naik was an “unwelcome guest,” but the country is facing difficulties sending him away.

The Prime Minister also described Zakir’s “extreme views” as a “threat to the country's racial and religious relations”, but added that it was difficult to remove him because no other country wanted him.
Article type: metered
User Type: anonymous web
User Status:
Campaign ID: 18
Cxense type: free
User access status: 3 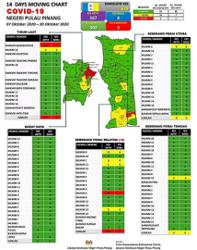 Council steps up checks after detection of new cluster