Kit Siang: DAP would lose 30-40% of votes if polls were called now 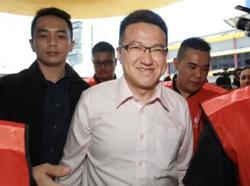 PETALING JAYA: If an election were held now, the DAP would lose the Iskandar Puteri parliamentary seat and up to 40% of votes nationwide over the khat (Jawi calligraphy) issue, says party adviser Lim Kit Siang (pic).

"DAP would be defeated in the Iskandar Puteri parliamentary seat and would lose 30-40% of our votes in the country if an election were held now.

"This is the extent of the misperception and misunderstanding about DAP in the Pakatan Harapan government which our long-standing supporters have about us," Lim said in a statement which was from a DAP briefing on the jawi calligraphy issue in Skudai on Saturday (Aug 10).

Lim, who is the Iskandar Puteri MP, was heckled on Friday (Aug 9) in his own constituency over the khat issue.

He said time was needed for the party's supporters and the people to realise that the DAP had not betrayed them.

He added that the party had not given up on its hopes and objectives of a New Malaysia of unity, freedom, justice, excellence and integrity.

Lim said if the party betrayed the people, then there was no way that DAP could recover or recapture the support of the voters, even with the passing of time.

"In fact, the outcome can only be worse," he said.

Lim said after decades of the party's struggle and sacrifice, it would never betray the people.

He added that DAP leaders must have the stamina, perseverance and commitment to stay the course for a New Malaysia.

He also said Malaysia's nation-building was in a quandary in the last 15 months where every race, including, the Malays, Chinese, Indians, Kadazans and Ibans had been made to feel threatened.

"Every community is made to believe that its culture and ethnicity is facing an existential threat. But who is creating all these threats to all racial groups in the country?" he asked.

Lim lamented that he had faced condemnation from Malays for being a threat to their rights, while also being criticised by the Chinese for betraying Chinese rights, language and culture.

"Is it possible for any one person to assume such multiple and contradictory roles?" he asked.

He said it did not matter if it was all untrue as the propagandists and cybertroopers continued to incite "doubt, suspicion, hatred and fear with these falsehoods".

He said he was not a proponent of the introduction of jawi or khat in vernacular schools as the issue had also caught him by surprise.

He claimed that khat and Jawi was a legacy of the previous government.

"I stand by what I said in 1984 that there should be no compulsory teaching of Jawi," he said.

Lim said he did not want to be the villain or a hero, only a patriotic Malaysian who wanted to make Malaysia a better nation.

"I believe in a New Malaysia that can become a world-class nation in various fields of human endeavour as four great civilisations – Islamic, Chinese, Indian and Western – meet in confluence in Malaysia.

"But we must come out of our ethnic shells, interact and appreciate the virtues and best values of each other's ethnicity and not to fall victim to evil conspirators," he said. 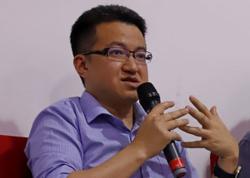 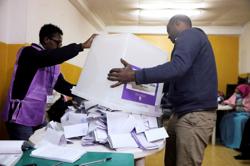