KOTA KINABALU: The state can expect more hydro power plants over the next 10 years as Sabah Electricity Sdn Bhd (SESB) has identified huge potential in generating power using this method.

“Based on the study and aligning with generation planning requirements, we have identified hydro power sites with the potential of 200MW to be developed in the next 10 years.

“Prior to this, SESB had developed hydro plant projects such as Tenom Pangi through the run-off river scheme and some small-scale mini-hydro power plants with a total capacity of 76MW,” he said during a seminar titled “Towards Generation Optimisation, Chal­lenges and Oppor­tunities for Sustainable Hydropower Develop­ment in Sabah” recently.He added that despite the huge potential, the scale of hydro power development in the state was only 6% of the whole generation mix compared to 69% in Sarawak.

On the other hand, Renewal Energy (RE) development in Sabah has accelerated through government initiatives such as the implementation of Feed-in Tariff (FiT) in 2014 and Large Scale Solar (LSS) in 2016.

FiT is a scheme created under the Renewable Energy Act in 2011, while LSS is another government initiative aimed at encouraging the development of LSS PVs through competitive bids open to private investors.

Abdul Nasser said the renewable energy capacity had increased from 100MW to 200MW since the implementation of FiT and LSS.

“This capacity of renewable energy is expected to increase further to 330MW from upcoming LSS and FiT projects, which will be completed within two to three years,” he added.

He said the presence of RE capacity must commensurate with a balanced approach of affordability and reliability, and that the hydro option could be the preferred choice.

“The FiT scheme can play a more major role in driving the hydro power agenda,” he said.

“This strategic development of ongoing and future transmission networks require funding support from the Federal Government, in particular the long-awaited 275kV Southern-Link which links Sipitang to Kalumpang in the east coast of Sabah,” he said.

He said this would provide the much-needed gateways to assist the development of hydro potential in the state.

He added that such endeavours were laid out in SESB’s strategic sustainable plan with short, medium and long-term goals.

“We are aware of public concerns over the safety and social impact of hydro power schemes and are committed to ensuring that all due diligence is done, including environmental impact studies and engaging the right consultants during the design phase,” he added.

Abdul Nasser said SESB was keen to utilise the latest affordable technologies to overcome engineering challenges and ensure the accuracy of its hydrological data. 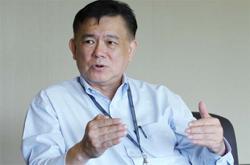 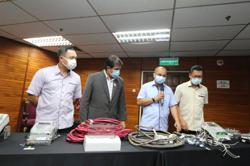