Chef Wan, whose real name is Datuk Redzuawan Ismail, had celebrated the award bestowed upon him by Prime Minister Tun Dr Mahathir Mohamad with statements calling on young Malays to work hard.

It sparked off several sarcastic Tweets by Najib questioning if Felda really needed an icon.

“You are bound to hear all this unhappy souls bitching behind as in the case of 'Sour Grapes'. You can never please everyone,” Chef Wan responded on Monday (July 8), adding that the award would only motivate him to help others.

“(A) Felda Icon has spoken after being given the title by Pakatan Harapan. He said Felda settlers are lazy and like to marry twice or thrice. After getting married, they reproduce like cats.

“Never mind, he will apologise later, saying he had been once again possessed by the devil,” Najib tweeted on Tuesday (July 9).

In a series of Instagram posts, Chef Wan rebuked Najib, saying that it was “sad and stupid” that his statement was intentionally twisted to make him look bad in the public eye.

“Najib should shut his mouth and sing Kris Dayanti’s Menghitung Hari (Counting the Days) instead of meddling in my affairs.

“If he is a smart and wise man, he should have read between the lines … rather than jumping to conclusions like the rest and barking at me like a mad dog,” Chef Wan said.

He added that during Najib's premiership, the then Rural Development Ministry had also requested him to motivate Felda settlers and bring up issues of “laziness, stealing, cheating, remarrying, drugs, and more”.

“I want to ask Najib, if I am a bad person and unsuccessful in my career, why send me to assist him and his ministry,” he said, calling Najib a “hypocrite”.

The war between Chef Wan and Najib started in January during the Cameron Highlands by-election when Chef Wan lambasted Najib for boasting about Barisan Nasional's contributions to Felda.

Chef Wan said he wanted to “slap Najib” for being disrespectful.

He came under fire for his statement and issued a public apology to Najib over his “coarse language” and anger, but stood by his criticism against Barisan Nasional. 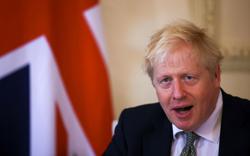 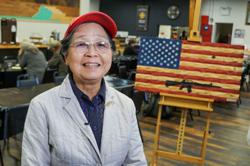