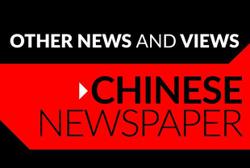 LATE South Korean actress Jeon Mi-seon called her father before committing suicide, reported China Press.The police found that 20 minutes before she took her life around 2am, she had called her father.

There were many calls from friends and relatives that followed but she never picked up.

The actress, known for her roles in The Moon Embracing The Sun, Love In The Moonlight, and Reply 1988, was found dead in her hotel bathroom in Jeonju, South Korea, last Saturday.

Her agency later confirmed that she suffered from depression.

Police investigation revealed Jeon’s mother is ill and one of her relatives had passed away. These affected the actress’ emotional state negatively.

The police deduced she might have let on that she would be taking her life during her conversation with her father, hence relatives and friends tried calling her to talk her out of it but it was too late as she passed away 20 minutes later.

Befrienders is a non-profit organisation which provides emotional support at any time to people who are lonely, distressed, in despair or having suicidal thoughts.

>A 22-year-old university student found 5,000 yuan (about RM3,020) and handed it to the district police in Chiangmai, Thailand 13 months ago, reported Sin Chew Daily.

The money was unclaimed after a year and according to law, the money then belongs to the finder.

Under the law there, when a person finds something, he or she must either return the item; or inform the owner or someone who has the right to claim it, or pass it to the police within three days.

The police then handed the money to the student.

Covid-19: Lack of SOP compliance suspected for spike in cases at Melaka's Henry Gurney School
Tok Pa: Youths need to equip themselves with multiple skill sets
M'sia needs to transform to break out of middle-income trap, says Muhyiddin
Melaka cops smash gang involved in break-ins, two arrested
PM Muhyiddin on one-day working visit to Perlis
Ismail Sabri: No Lima'21, not even virtually but it will be back in 2023
Let us all pray we can 'balik kampung' this Hari Raya, says Ismail Sabri
Covid-19: Three M'sians among 18 new imported cases in S'pore Thursday (March 4)
No more 'wayang kulit', Umno must decide to quit Perikatan govt immediately, says Ku Li
INTERACTIVE: Why Covid-19 vaccine queue-jumpers are a threat, and what can be done