Not happy: Pastor Koh’s wife Susanna and Amri’s wife Norhayati question if the special task force can be balanced, independent, transparent and fair.

THE chief responsibility of Malaysia’s large police force, which is under the jurisdiction of the Home Affairs Ministry, is the maintenance of our country’s internal security. Yet, as we glance at today’s news, there seems to be a “selective efficiency” in their professionalism.

On the one hand, they claim confidence in tackling the threat of international terrorism while on the other, they continue to draw a blank when it comes to tracing Pastor Raymond Koh, Amri Che Mat and Indira Gandhi’s daughter!

Koh, 63, was abducted from his car by a group of more than 10 men in a convoy of vehicles on Feb 13, 2017. CCTV footage showed at least three black SUVs were involved in the abduction. Another missing Malaysian, Amri, 44, who co-founded charity organisation Perlis Hope, has been missing since Nov 24, 2016. His wife, Norhayati Ariffin, said witnesses saw five vehicles blocking the path of Amri’s car before he was whisked away, just 550 metres from their home in Bukit Chabang, Perlis.

Likewise, the police haven’t got a clue as to the whereabouts of Indira Gandhi’s ex-husband and daughter. The kindergarten teacher from Ipoh, Perak had challenged the unilateral conversion to Islam of her three children by their converted father all the way to the Federal Court in Putrajaya. She had won her legal challenge but was frustrated by the apathy displayed by the authorities in bringing back her youngest child as ordered by the court nearly 10 years ago.

In April, the Suhakam inquiry concluded that Pastor Koh et al were victims of enforced disappearance, that they were carried out by agents of the state, namely the Malaysian Special Branch. The Government’s response has been to set up a “Task Force” of six men including three police officers, one of whom is (former head of Bukit Aman’s legal division) Datuk Mokhtar Mohd Noor, who was at the Suhakam hearing submitting on behalf of the police!

The wife of Pastor Koh has correctly criticised the composition of the task force set up to probe the disappearance of Koh and Amri Che Mat. Susanna Liew said in a statement that the government had ignored the family’s suggestion to include a member of the Bar Council, the Malaysian Anti-Corruption Commission and a representative of an NGO; it “does not include any woman or any other member of a different race or religion to reflect the composition of this country and the muhibbah spirit which the Pakatan Harapan government promised will be implemented if they come to power”.

The statement by Home Minister Tan Sri Muhyiddin Yassin, that the task force might start with Amri’s case to avoid sub judice as there was a pending court case related to the abduction of Koh, is unbelievably gauche when Suhakam had concluded that the Special Branch had a hand in Pastor Koh and Amri’s disappearance. The court case against one Lam Chang Nam for kidnapping has nothing to do with the enforced disappearance of Pastor Koh and Amri and they know it.

The Malaysian police has been trained and tested since the days of the Emergency which started in 1948. They have fought insurgents in the jungle as well as in the urban areas for more than thirty years. The methods used by the Malaysian police have often been found to be excessive by some but they have proven that they can nip any altercation very swiftly in the bud when they want to.

The Malaysian Special Branch prides itself with being one of the best in this part of the world but in cases such as the enforced disappearance of Pastor Koh and Amri as well as Indira Gandhi’s daughter, their lack of credibility and professionalism is shocking.

The Home Minister, who is responsible for the Police, should ensure they deal with these cases with the professionalism we expect of the Malaysian police. He can start by re-appointing a more credible task force and end this charade that has dragged on for far too long, causing untold suffering to the families involved and massive distrust in their professionalism by all Malaysians.Dr Kua Kia Soong is the adviser of human rights NGO Suara Rakyat Malaysia (Suaram). The views expressed are his own and do not necessarily reflect those of 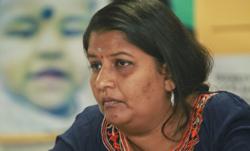