SEREMBAN: An engineer was conned of RM350,000 in a scam after she was accused of being involved in money-laundering and drug-related activities.

The 41-year-old woman from Bandar Seri Putra in Kajang first received a telephone call allegedly made by a Pos Malaysia staff from Kuala Lumpur around 10.30am on June 14.

She was told  there was a package containing an identity card and a black jacket for her to collect.

State Commercial Crimes Department chief Supt Aibee Ab Ghani said when the victim denied the package belonged to her, the call was transferred to one "Sjn Teoh", supposedly from the state police contingent in Sabah.

Sjn Teoh then told the victim that she was involved in money-laundering and drug-smuggling activities.

"This Sjn Teoh then sent her an image of an arrest warrant with the victim's name via WhatsApp and transferred the line to one 'Insp Khoo'.

"The victim got really worried and asked Insp Khoo for help," he said.

Supt Aibee said on June 18, the victim received a call from Insp Khoo, who asked her to open an account at Bank Rakyat.

He then asked her to withdraw her savings totalling RM70,000 from Amanah Saham Bhd and to remit the money into the new account.

"Two days later, this Insp Khoo asked her to withdraw her savings from Tabung Haji totalling RM280,000 and to remit it into the same account at the bank located in Bandar Baru Nilai.

"He then asked her to wait till police completed their probe and said she should keep the matter a secret," he said.

Supt Aibee said the victim became worried when she did not hear from Insp Khoo and decided to contact the Sabah police contingent on June 24, only to be told that there was no officer with such a name.

The victim, who realised she had been scammed, lodged a report on the same day.

Supt Aibee said the case was being probed under section 420 of the Penal Code for cheating, which provides a jail term of up to 10 years and whipping and fine upon conviction.

Man falls to death from fourth floor of shophouse 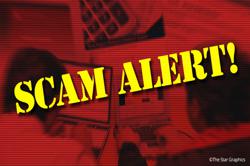 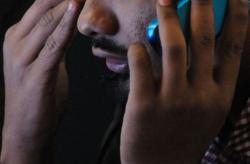