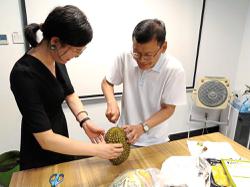 Quoting a report by Shukan Jitsuwa, a Japanese men’s weekly magazine, Oriental Daily reported that actor-singer Sorimachi had moved out of the couple’s condominium in Tokyo three months ago.

The report cited disagreements related to their careers. Sorimachi was reportedly unhappy over the clash of their new drama deals.

The couple got together after starring in the 1999 drama series GTO and married in 2001. They have two daughters.

> A man who was caught filming girls in a public toilet on Christmas Day wished his victim “Merry Christmas” as he begged her to let him go, Nanyang Siang Pau reported.

The victim, in her early 20s, was at a commercial building in Tam­pines Avenue 5 in Singapore with two friends at 1am after celebrating Christmas at a nearby lounge.

Since the first and third cubicles in the toilet were locked, she and her friends took turns to use the second one. She was the last person to enter the cubicle.

“I then noticed a mobile phone screen facing me at a corner of the cubicle and screamed,” she said, adding that a man in his 30s emerged from the next cubicle and started apologising profusely.

He even wished her and her friends a “Merry Christmas”.

Upon checking his phone, they found over 10 videos of girls using the toilet.

The victim said the man tried to run away, but he was stopped by patrons outside and handed over to the police.