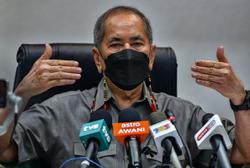 PETALING JAYA: Lembaga Tabung Haji’s (TH) 2017 financial statements have been overstated mainly because the pilgrims fund did not make impairments on significant decline in value of its investments, a review of its financial position shows.

The fund should be making a RM1.43bil loss in 2017 instead of a RM3.41bil profit as reported in its annual report 2017, according to the review conducted by Pricewa­ter­houseCoopers (PwC).

Tabung Haji at risk of a ‘bank run’, report reveals