KUALA LUMPUR: No more knocks on the door in the middle of the night and no more breaking down of doors by the religious authorities investigating reports of khalwat or other alleged wrongdoings.

Instead, Minister in the Prime Minister’s Department Datuk Dr Mujahid Yusof Rawa insists that what Muslims do behind closed doors is none of the government’s business.

“Let’s say you commit something within your personal, individual sphere – I will not interfere.

“For example, consumption of alcohol is wrong for a Muslim, but if you consume it within your sphere, then as part of the government, I will not interfere.

Dr Mujahid, who is in charge of Islamic religious affairs, admitted that he faced an uphill task in changing the image of the ministry.

He had to put out fires from the moment he stepped into his office, including dealing with LGBT issues, underage marriage, public caning in syariah courts and sexual abuse in tahfiz.

In an exclusive interview with The Star, Dr Mujahid said he was trying to change the mindset of what he described as “conservative religious” civil servants who wanted to uphold the sanctity of Islam with their own understanding. He has put his foot down that the Islam he intends to uphold is “compassionate for all” (rahmatan lil alamin).

“The government’s narrative of Islam will translate into our policies, all the Islamic judiciary activities, all our relations with other faiths.

“Compassionate Islam does not harm the people’s interests or importance of national unity and harmony,” he added.

Dr Mujahid also condemned the breaking down of doors to arrest khalwat offenders and hoped it would be a thing of the past with reforms.

“This issue of enforcement on khalwat has been misused and exploited in some cases. It is important that they (enforcement officers) do not interfere with the individual sphere,” said Dr Mujahid.

Although such raids fall under the state jurisdictions, he is engaging the religious agencies at state levels to convince them to adopt the stance of the federal authority.

The vice-president of Parti Amanah Negara also hoped to do away with the Big Brother image.

“The reality is that in Malaysia, even though it is an Islamic affair, there will be a point where you will have to confront problems relating to non-Muslims.

“For example, a (troubled) married couple – one of them converted, you have the children, the inheritance ... I have to come in to protect the compassionate Islam,” Dr Mujahid added. 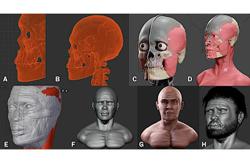