BUTTERWORTH: Premium scotch whiskey does not have the “minutest” methanol in it but this is found in cheap liquor, says P. David Marshel.

The human body would break methanol down into formaldehyde, formic acid and formate.

“All of these are highly toxic. Even a small amount will kill you,” the Malaysian Anti-Cheap Liquor Move­ment president said.

“In premium breweries, there are technologies that extract methanol out of the brew. It is fuel for race cars.

“Many low cost breweries do not have that kind of technology, so the chance that their brews have methanol is high,” he said.

David said that his movement had sent four liquor samples for laboratory analysis in 2015.

“We sent samples of a branded, expensive scotch whiskey, toddy together with two cheap liquor brands. The lab results showed methanol in the cheap ones.

“We have warned about this for so long. And now, lives have been lost,” he said.

David also urged the Health Ministry and Customs Department to look into liquor manufacturers whose products contained a high volume of alcohol.

“Normal beer contains only about 4.5%. Any beverage above 5.5% alcohol cannot be sold openly; it has to be stored in closed cabinets. 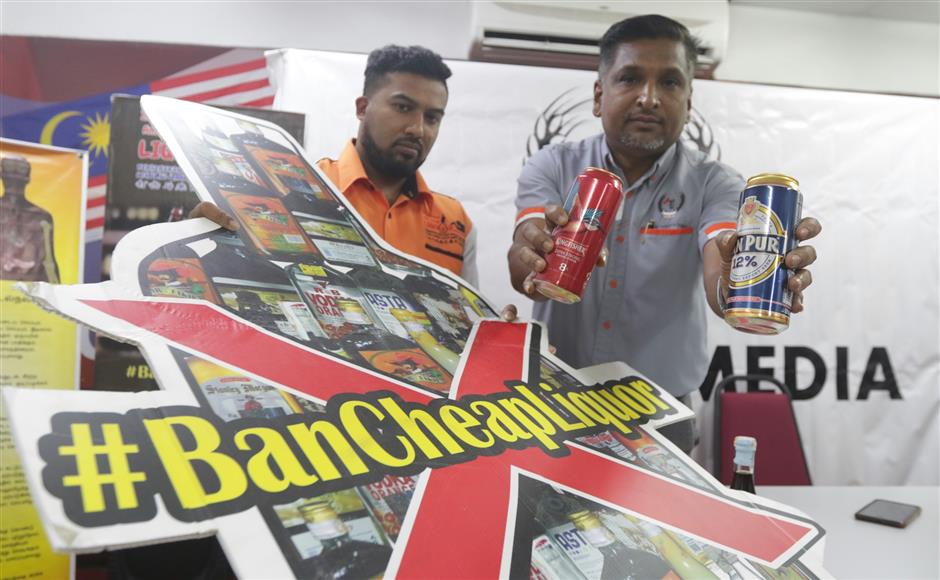 “Some of the beer produced locally have up to 12% alcohol but yet is allowed to be displayed on open shelves,” he said

“We are sceptical if the cheap liquor is really imported as claimed, or made locally and then marketed under foreign-sounding brand names. Some do not have the Customs duty sticker.”

He said his movement had identified 46 liquor manufacturing companies.

“About 400 types of cheap liquors are being sold in the market,” he said.

David, who is also Seberang Prai municipal councillor, said there were about 160 sundry shops that sold cheap liquor on mainland Penang.

“Liquors are not supposed to be sold in sundry shops with other household goods, where people of all ages have access to them.

“There should be designated shops with special licences,” he added.

David also proposed that the government increased beer prices to prevent teenagers from buying them, saying that it should cost at least RM30.

“We don’t want schoolchildren to buy the fruit-flavoured liquor that has up to 40% alcohol at sundry stores. These are sold for less than RM10 a bottle,” he said.

He also urged the authorities to look into the possibility of syndicates illegally buying back liquor that had been seized by the Customs Department.

“I believe there is a syndicate intentionally having their imported liquor confiscated by the department, then illicitly buying them back with the official duty stamps,” he said.

Consumers Association of Penang president S.M. Mohamed Idris voiced regret over what he felt was the authorities not taking a tough stand on alcohol sale.