PETALING JAYA: A university student says he was "almost decapitated" after riding into a fishing line hung across a motorcycle lane near the DUKE Highway exit in Gombak.

In the incident which occurred on Monday (Sept 17) at 6.30pm, Mohamad Afiq Izwan Ismail said the fishing line was hung near the exit before the turn into the Taman Rowther and Taman Koperasi Polis 1 in Gombak.

"This is not a myth, as it happened to me.

"There's some heartless human being who placed this trap near the corner ... this is a fishing line, which is rough," he said, adding that many were afraid to use the motorcycle lane in the area, as they might be snared and mugged by such traps.

Mohamad Afiq wrote in his Facebook account that he suffered a cut on his neck and that his helmet was damaged in the incident. 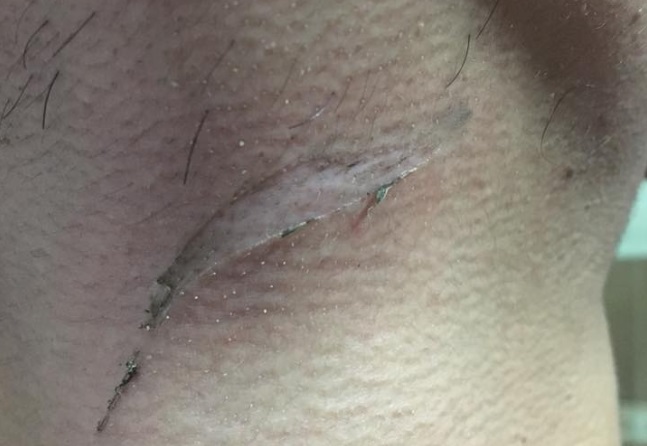 "Imagine if someone sped through the lane without wearing a helmet. Wouldn't the neck be cut?" (Tak terkehel ke leher dia?)

Mohamad Afiq also reminded people not to play down such situations.

"A reminder to all those living in Gombak to be careful whilst travelling through this area, especially at night," he said.

The post has seen over 9,900 reactions and been shared over 22,000 times. Many Facebook users expressed shock and anger over the incident.

When contacted by The Star, the 22-year-old university student said he was surprised that the post went viral on social media.

"I just wanted to warn those living in the housing area to be careful, but I did not expect this post to go viral," he said.

Mohamad Afiq added that he had lodged a police report on the matter.