Rembau MP Khairy Jamaluddin (pic) said it was improper to conduct public caning although it was enshrined in the laws.

“There are other ways to handle the LGBT issue. Islam teaches us to look after the dignity of every human being.

“And that mercy is preferably to punishment,” the Rembau MP tweeted yesterday.

Santiago said the new government, which was voted in on the premise of inclusion, should repeal all laws that criminalised homosexuality without any delay.

In a strongly worded joint statement, Justice for Sisters and Sisters in Islam said the punishment that took place was “a travesty and a grave miscarriage of justice”.

The groups pointed out that the Prison Act and Prison Regulations 2000 stipulated that caning could only be carried out on prisoners.

“As the sentences of the two women did not include imprisonment, they were not considered prisoners.”

Thus, they said the court and Prisons Department might have acted against the law yesterday.

Another group, Women’s Aid Organisation (WAO), said it was “appalled and outraged that the authorities have publicly whipped two women for attempting to have same-sex relations”.

“The whipping is a grave violation of human rights and an act of violence towards women and LGBT.”

The Joint Action Group for Gender Equality (JAG) urged the government to review whipping as a form of punishment as it violated international human rights principles, which regarded whipping and other forms of corporal punishment as cruel, inhuman and degrading treatments.

Moreover, JAG said, research showed that whipping was not an effective deterrent, even to violent or sexual crimes.

“The court’s decision to whip these two women for musahaqah has led to a public outcry at the national and international levels, damaging Malaysia reputation as a moderate Muslim country.

“It also fuels the widespread belief that Islam is a religion that discriminates against women, and LGBT,” added the coalition of 13 women’s rights organisations in a statement.

Caning of lesbians – an eye opener for many

Caning was merely a lesson to others, says exco 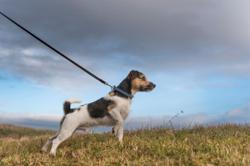