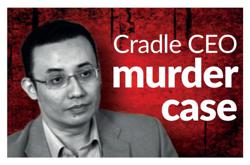 PETALING JAYA: Cradle Fund Sdn Bhd chief executive officer Nazrin Hassan, who was found dead in his room at his house here on the eve of Hari Raya Aidilfitri, could be a victim of murder.

Police have reclassified the probe as murder following a forensic investigation report by the Fire and Rescue Department, which cited suspected foul play in the death.

“The sudden death report has been reclassified as murder under Section 302 of the Penal Code on Aug 3.

“This was made following a report by the Fire and Rescue Department and the findings of the post-mortem,” he said.

It was reported that traces of petrol were found in the deceased’s room following a lab report by the department.

On June 25, 11 days after Nazrin, 45, died with burn marks on 30% of his body, department director-­general Mohammad Hamdan Wa­­hid said the probe carried out jointly with the police had several new inputs, and certain samples had been taken to its forensic lab for further investigation.

Nazrin died of what was initially believed to be smoke inhalation after his room caught fire at his double-storey terraced house in Mutiara Damansara.

The fire was thought to have occurred after his mobile phone exploded while charging.

Nazrin apparently complained of a migraine and went to bed after taking some medication.

He left behind wife Samirah Muzaffar, a senior executive at the Malaysian Intellectual Property Corporation, their young son, three stepsons and a son from a previous marriage.

The Star reported on June 15 that Nazrin was the founding CEO of Cradle, the Finance Ministry company that manages the Cradle Investment Programme, which provides early-stage funding for startups.

Previously an entrepreneur himself, Nazrin was an early member of the Technopreneurs Association of Malaysia, one of the key drivers of the Malaysian Business Angel Net­work, and a member of the World Entrepreneurship Fo­­rum’s think tank.

Throughout his Cradle career, he not only touched the lives of many but also guided numerous businesses, the report added. 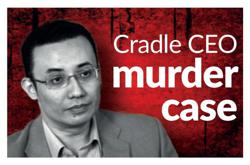