By MUGUNTAN VANAR and FATIMAH ZAINAL

KOTA KINABALU: A fierce political battle is shaping up within the family of Sabah Umno's first chief minister Tun Sakaran Dandai, who are known for their polite and soft-spoken ways.

The family has been a strong influence in eastern Sabah's coastal Semporna district for more than five decades.

At the heart of the fight is Sakaran's nephew, incumbent five-term Semporna MP Datuk Seri Mohd Shafie Apdal, who broke away from Umno two years ago.

The family was instrumental in helping Umno establish a foothold in the state in 1994, and Shafie took over the political mantle in Sem­porna when Sakaran became Yang di-Pertua Negri in 1995.

Parti Warisan Sabah's Shafie is likely to face off against his cousins, Saka­ran's sons, in potential battles in the constituency's three state seats of Sulabayan, Senallang and Bugaya.

Although Barisan Nasional has yet to name its candidates for Semporna and the state seats, sources expect incumbent Senallang assemblyman Datuk Nasir Sakaran and his brother Datuk Razak Sakaran to take on their politically estranged cousin.

The sources did not rule out Nasir's son Marzuki as one of the new faces expected to be in the Barisan line-up against Shafie, who is expected to defend Semporna and contest a state seat, likely to be Bugaya, for the first time.

"It has nothing to do with family or Sem­porna," says Shafie, who leads the Opposition Parti Warisan Sabah.

"What's the point of me winning in Sem­porna if I don't win Tambunan? Warisan fights not only for Semporna, but Bangsa Sabah."

Both factions within the family play down the internal divide, with Shafie saying: "I love my family but I know where the line is. I have to make sure my party wins."

On quitting Umno, Shafie said he had explained his reasons to the family but no one joined him.

"Since then I have not really met them. I only visited my uncle when he took ill earlier this year, but we didn't talk politics," he said.

Shafie, who won Semporna with a 20,905-vote majority in 2013, was coy about his chances, saying he left it to God and the people.

Razak, who is Semporna Umno division treasurer, said it would not be an easy feat to take on Shafie but he was confident of Barisan's chances because its machinery and members were intact.

"We know that the election this time will be tough, but we need to have a winning mentality.

"Looking at the support from the grassroots during our events, we can see that the numbers and support is still there.

"Our hardcore supporters are not going anywhere," said Razak, who was once Shafie's political secretary.

"We respect each other as family, but if it's fated that we stand against each other, we can't run away.

"We will have to fight as hard as possible." 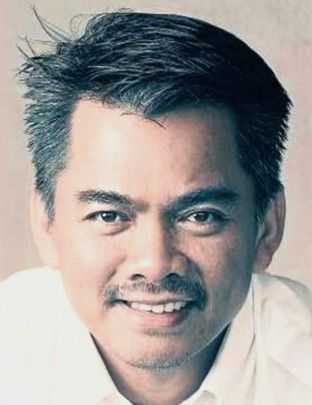 Warisan Youth chief Datuk Azis Jamman (pic) believes that Shafie is a shoo-in because his leadership is synonymous with Semporna.

"Of course Umno will say it is confident in Semporna but Warisan is more confident and very, very sure the people will give (us) strong support," Azis said.

Ramlee, who is not related to the family, has been Shafie's harshest critic and is also widely seen as a potential candidate for Semporna.

"Yes, we faced some issues when he (Shafie) left. His hardcore supporters left with him.

"But things are back to normal and hardcore Umno members remain with us," said Ramlee, who believed Shafie's threat can be neutralised.