Out in the open: A man walking past posters advertising ah long services in Setapak, Kuala Lumpur.

PETALING JAYA: Loan sharks are getting more aggressive, coming up with tantalising packages tailored for major events such as the FIFA World Cup and Chinese New Year.

Sources close to the “industry” said they had to come up with these tactics because their business was now affected due to low borrowing.

“Business dropped by 45% last year and is getting worse due to the difficulty in recovering loans.

“That’s why now you can see packages such as a loan of RM1,000 with 10% interest to be paid after the third month,” one source said.

“If the borrower pays within three months, the interest is only 6%,” he said, adding that of 10 borrowers, seven would lodge police reports or seek assistance from NGOs when the ah long attempted to collect payments.

Another source said many borrowers fled without paying anything last year, so the ah long had to come up with strategies such as easy repayment plans.

“Most borrowers are handphone dealers. Chinese New Year loans may not be popular, but the World Cup bets in June are expected to boost the ah long’s revenue.

“There is already a package drawn up to be offered to punters. They can borrow their bet amount now and only pay an interest of 10% if the team of their choice wins in the World Cup.

“If the team loses, they only need to pay the principal amount with the processing fee of RM10 for every RM1,000,” the source said.

A check by The Star found that the ah long were not only turning bold, they were even blatantly challenging the authorities.

Their stickers, posters and banners are getting bigger and more striking, appearing everywhere from lamp posts, traffic lights, trees, walls, near banks and vacant shoplots to the huge pillars of the newly operational MRT2 along the KL-Cheras highway.

Even though the local councils and police hold regular joint operations to take down the illegal banners, new ones go back up soon enough.

Hopping on the social media bandwagon, the ah long are also promoting their services on Facebook and WeChat, with some even labelling themselves as “licensed moneylenders”.

The Malaysian Muslim Consu­mers’ Association (PPIM) advised the public not to resort to borrowing from loan sharks no matter what problems they faced.

Its lead activist Datuk Nadzim Johan said there were many cases where borrowers were cheated and had to pay more than expected.

“I had a victim who borrowed RM5,000 and her interest shot up to around RM1mil because the ah long charged her interest by the hour.

“The victim was afraid and kept paying after being threatened. She ended up paying over RM60,000.

“PPIM confronted the ah long to negotiate and he returned around RM30,000 to the victim.

“Borrowing from ah long seems easy. Give them a call and you get the money.

“But nothing is that easy without a catch. It all goes back to financial awareness,” Nadzim said.

PPIM has been going all out to eradicate ah long activities and educate the public on the dangers of borrowing from loan sharks.

People can log on to PPIM’s website ahlong.ppim.org.my to report their cases and view examples of victims of previous cases.

Chong: It’s a trap – loan sharks will haunt you forever 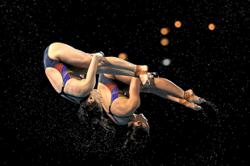