Ramesh Rao: Yes, I am a bankrupt 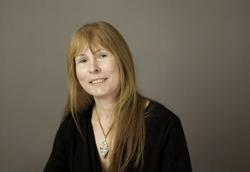 PETALING JAYA: Ramesh Rao Krishnan Naidu (pix) has admitted to being a bankrupt, but said this proves he was not funded by any party in his action against Sarawak Report.

“Yes, I am a bankrupt, but this also means that I didn’t get any funding from Barisan Nasional. I am doing this for the nation,” he tweeted Thursday.

He was responding to Twitter users who had posted a screenshot from the Malaysian Insolvency Department of his financial status.

The document stated that the chairman of Pertubuhan Minda dan Sosial Prihatin was declared a bankrupt on May 24, 2012.

He also hit out at his critics, one of them being former PKR leader and current secretary-general of Parti Generasi Baru, S. Gobi Krishnan, saying that being bankrupt was not a crime.

“I’m not a criminal. I never cheated anyone,” he said, adding that he has been paying instalments since 2013.

Ramesh had, on July 15, lodged a police report against the founder of Sarawak Report, Clare Rewcastle-Brown.

He also handed a video and an email to the police to back the allegation against Rewcastle-Brown after former Sarawak Tribune editor Lester Melanyi confessed that he had fabricated information about 1Malaysia Development Berhad (1MDB) on the whistleblower site.

Ramesh had previously defended Melanyi’s bankrupt status, and said this did not make him less credible as a witness.