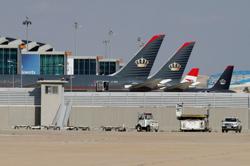 Dangerous scheme: (from left) Murad Halimmuddin and Abu Daud had planned to recruit at least 20 others to launch a terrorist movement in Malaysia.

KUALA LUMPUR: It was a case of terrorism that ran in the family. But it did not pay.

The father was sentenced to 18 years in jail while the son got 12 years.

As the wives, children and other relatives cried out loud in the High Court and hugged Murad Halimmuddin Hassan, 49, and Abu Daud Murad Halimmuddin, 25, the story emerged of a plan to bring terror from the Middle East to Malaysia.

The father, former ISA detainee Murad Halimmuddin, had joined the Islamic State terror movement in Syria and returned as a “spiritual leader” to encourage others to perform terror activities here.

The two were among six individuals detained on April 5 for allegedly promoting terrorism in Malaysia.

They claimed trial on April 30 to a charge of promoting an act of violence in Malaysia, a crime under Section 130G(a) and Section 120(b)(1) of the Penal Code.

Murad Halimmuddin and Abu Daud later changed their plea, but the other four maintained their innocence. They stand accused of committing the offence between Jan 30 and April 5 in Pendang, Kedah. He was jailed for 18 years for each charge, but both sentences were to run concurrently.

DPP Shukor Abu Bakar said it was becoming a dangerous trend for Malaysians wanting to perform jihad in Malaysia.

“In other words, the trend is now to commit terrorism in Malaysia, and this is even more dangerous than committing the act in other countries,” he said.

He said Murad Halimmuddin, who had fought with firearms during his time with IS in Syria, returned to Malaysia to act as a spiritual leader to others who wanted to perform jihad.

“He became a role model and an example for them.

“Far from regretting his actions of being part of a terrorist group, he suggested that these new followers commit jihad here in Malaysia through kidnapping and robbery.

“His son became the medium to channel these messages to the rest of the group, plan their movements and identify their targets,” DPP Shukor said, in asking for a deterrent sentence.

He added that if not dealt with severely, others like Murad Halimmuddin who returned from Syria bringing IS ideologies with them could influence others.

According to court documents, during a meeting on Jan 30 in Pendang, the group had pledged to recruit at least 20 people to launch jihad in Malaysia.

During the meeting, Abu Daud had also suggested that they kidnap a few of the country’s leaders and use the hostages in exchange for the freedom of those detained under the Security Offences (Special Measures) Act.

They also discussed attacking Malaysian military camps to get hold of firearms.

Murad Halimmuddin asked for a light sentence, saying he had six dependants who were still studying and that he also suffered from kidney and heart problems.

His son also pleaded for less jail time, saying he had three young children, including a three-month- old baby.

High Court judge Justice Kamardin Hashim, in meting out the sentences, said the offences committed by the pair had threatened the safety of Malaysians.

The case against the four other accused will be heard on Aug 28.