Dad of hudud video presenter: Are we safe to raise our children?

A screenshot of the video with Aisyah

PETALING JAYA: The father of the presenter in a hudud video by radio station BFM who was threatened with death and rape questioned whether Malaysia "is safe for our children."

Prof Dr Mohamad Tajuddin Mohamad Rasdi said if a "simple point of view is raised against such issue as hudud can produce outburst of murder, what does it say about our country."

"Where did this culture come from," Dr Tajuddin said in a letter to a news portal in response to the threatening comments made against the video's presenter Aisyah Tajuddin.

Dr Tajuddin said he was ready to "forgive them because I know it was our society that have created such a culture."

BFM has taken down the satirical video from its website and YouTube channel after Aisyah became the target of the threats.

BFM said they regretted the personal attacks on Aisyah who was merely a stand-in cast member of the video and not its regular presenter.

Dr Tajuddin said he assumed that Malay-Muslim netizens were behind the attacks.

"Is this country safe for our children to live in? If a simple point of view is raised against such issue as hudud or even such issue as democracy and clean elections can produce outburst of murder, rape and burning people alive, what does it say about our country, its citizens and our leadership? Where did this culture come from?

"I have noticed that the ones making threats of this nature come from mostly Malays who I assume are Muslims.

"Where did we, as a nation go wrong in educating these Malays? What are we teaching in our secondary schools? More importantly are our public universities producing people of such culture?

"I sincerely hope that those who made the threats have never stepped foot in our public universities because if not, I would like to ask these Vice Chancellors, what kind of Malay Malaysians are you producing?

"Yes, they are passable engineers and architects but are they barely passable Malaysian citizens, or passable Muslims or worse are they even passable human beings with a humane conscience?" he said.

Dr Tajuddin asked "Apa sudah jadi?" (What had happened?) that led to such outbursts.

"I have been to mosques and I have listened to thousands of Youtube ceramah by our so called eminent ustazs and I know that their understanding of Islam is a strong contributor to the kind of comments made by these young social media users.

"Although I feel anger towards these netizens who have made the threats like it was just a “terminator” movie of mowing people down with a big machine guns, but I am ready to forgive them because I know it was our society that have created such a culture.

"Perhaps future generations may accept my message if these people do not at the present time.

"With this incident I ask Malaysians again… are we safe to raise our children in this country? If not, should we start looking elsewhere and create a much safer place for our children to have a future?

"And finally, I write these words as the father of Aisyah Mohd Tajuddin, the BFM girl," he said.

Saudi envoy: Deferral of haj made in best interest of Muslims 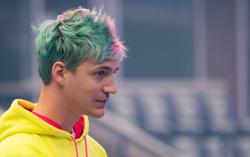