KOTA KINABALU: The death of a key Abu Sayyaf group (ASG) leader in southern Philippines should only be seen as a temporary setback to the militant group’s cross border kidnap operations, says an academic.

Mindanao State University lecturer Prof Octavio Dinampo said another leader would take the place of Apo Kahumbo (pic), 44, who was shot dead by Philippines police at Bongao in Tawi-Tawi province on Friday. 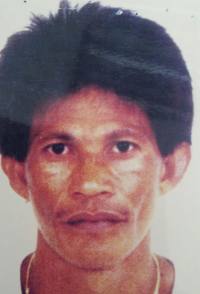 “It would usually be the person just below him in the local ASG hierarchy,” Dinampo said, adding that the militants were also likely be already planning a form of revenge against the police for Kahumbo’s death.

“They will try to stage an operation such as a kidnapping, and killing a policeman will be secondary to it,” said Dinampo who was once kidnapped by the gunmen and has since been researching their inner networks and operations.

He said the militant group would care for the wives and children of key ASG operatives and leaders like Kahumbo.

“When they are recruited, they are already presumed dead. So they will tell their wives under a practice called tahakkim that if they die, they should become the wife of such and such a person. That person would then marry the widow and adopt the children as his own.

“This way, the ASG is more like a family than just a mere militant group,” Dinampo added.

It was reported that Kahumbo was shot dead 72 hours after his arrest in what is suspected to be a “black operation” to silence him.

He was killed when he purportedly tried to escape while being escorted under heavy guard from a court appearance in Bongao.

Tawi-Tawi police chief Col Joey Salido said a probe was underway on the shooting of Kahumbo, who was arrested for illegally possessing a .45 Colt loaded with six bullets and an MK2 grenade at a mobile checkpoint at Sanga Sanga village in Tawi-Tawi province on Tuesday.