GRABOVO: When Pan Am Flight 103 exploded over Lockerbie, Scotland, in 1988, thousands of people were mobilised to find pieces of the aircraft across the countryside.

They spent months looking for anything that remotely resembled a piece of wreckage, eventually putting together a puzzle that led to the implication of Libyan elements. 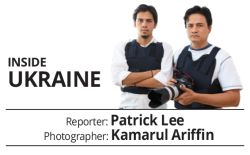 The search for clues over MH17, however, has been nothing of that sort.

Local emergency services were quickly mobilised to recover the 298 bodies strewn across a stretch that the Organisation for Security and Co-operation in Europe (OSCE) said covered about 8km to 10km.

Off-duty coal miners from around rural Grabovo were called in to comb the crash site and its surrounding areas.

But four days after the tragedy, these searchers were nowhere to be found, leaving the wreckage and whatever human remains left as they were.

In our many visits to the sites since Monday, we noticed that no part of the crash site was sealed off to the public, with only a few stretches having plastic tapes to cordon them off.

We saw signs of looting. On one day, we’d go to a site to see some items there, only to find them missing the next day.

Many of the bodies that were in plain sight have been removed, but the stench of rotting human remains still permeates the air. Missing pieces: Demura Ksenia, 13, from the village of Petropavlovka, near Grabovo, showing a photo album that may have belonged to an Indonesian family. It fell into her family yard.

The exact number of bodies collected are not known, with some putting it at 282 while others claiming it was a little more than 200.

But one thing is clear – there is no systematic recovery of the wreckage or of MH17’s dead.

OSCE teams go down to the sites on a daily basis and with them, groups of not more than three or four foreign observers at a time.

Their style is very much touch-and-go.

The monitors, guarded by local rebels, visit a site, take notes and leave for the next one.

They drive two hours from Donetsk, spend another four to five in villages around here, and return home.

Though the OSCE helps in every way it can, their spokesman Michael Bociurkiw said they number a mere 25 in Donetsk, and were not trained airline crash investigators. 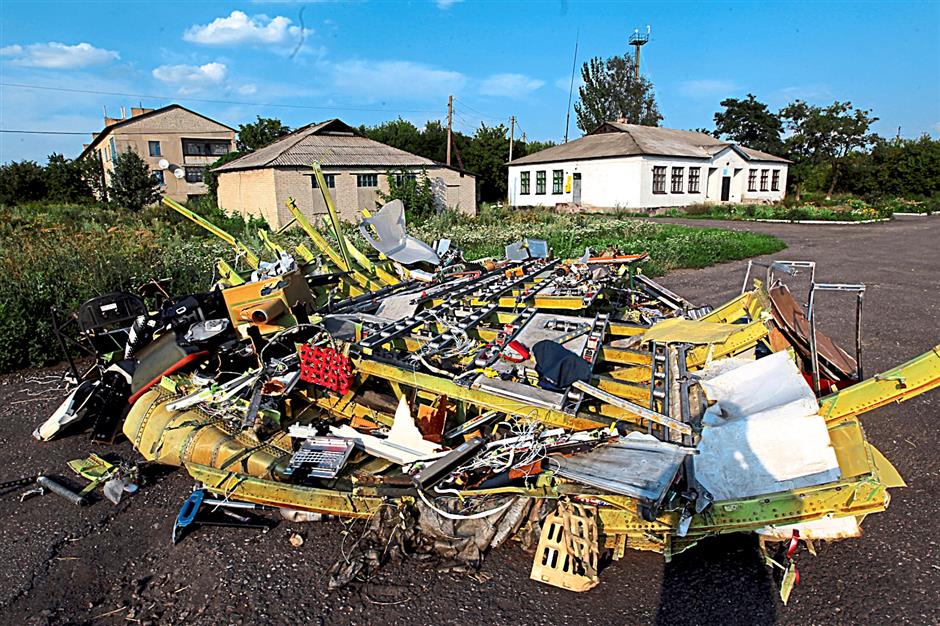 A large piece of the MH17 hull that crashed on a road in the village of Petropavlovka, near Grabovo. It miraculously missed several nearby houses.

They were originally here to monitor Ukraine’s unrest since the Euromaidan late last year.

“We are not experts in this, but we are trying to fill in the gaps where there is an information void,” Bociurkiw told us.

He added that more investigators were needed here.

But with fierce battles nearby that could compromise their safety, it remains to be seen if any large deployment of searchers will be here seeking answers to MH17’s end.