KUALA LUMPUR: Some 300,000 households or 1.2 million consumers in seven areas in Selangor, Kuala Lumpur and Putrajaya will have low water pressure or no water, according to Syarikat Bekalan Air Selangor Sdn Bhd (Syabas).

“The existing reserve in water supply is too small and, in normal circumstances, is unable to meet the demand of the consumers because the five treatment plants supply 60% of the treated water needs of these areas,” she said in a statement yesterday, as reported by Bernama.

She added that the Selangor Water Management Authority (LUAS), which is responsible for raw water resources in the state, issued a written order on Feb 24 to Syarikat Pengeluar Air Selangor Sdn Bhd (SPLASH), which manages three of the plants, to reduce the intake of raw water from Sungai Selangor by 200 million litres daily.

Alfred said if the Syabas water supply distribution plan was approved by SPAN, it would be announced to consumers tomorrow for implementation from Sunday.

The Meteorological Depart­ment said cloud-seeding operations, which were supposed to begin yesterday, had been postponed to early next week because of a lack of suitable clouds.

“The operations will commence once cumulus clouds which are suitable for seeding appear, with forecasts indicating early next week,” the department’s senior meteoro­logist Azhar Ishak said yesterday.

Tourism Minister Datuk Seri Nazri Aziz said the hot weather might even help to attract visitors from countries currently experiencing colder weather such as in Europe and the United States.

Deputy Defence Minister Datuk Abdul Rahim Bakri said the Armed Forces would do its best to help all consumers affected by water rationing.

He added that the military would consider all requests to expand its current assistance beyond Balakong – one of the worst-hit areas. It is currently helping out by assigning water tankers and personnel. 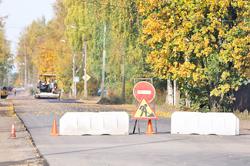