From New Year’s day, all employers must comply with this policy which is part of the country’s journey towards becoming a high-income economy.

MINIMUM wages has a long history. The concept originated in 1894 in New Zealand and spread to United Kingdom in 1909.

To date, minimum wages is implemented in various forms in more than 90% of the countries in the world. The International Labour Organisation (ILO), in its Global Wage Report 2012/13, encourages member states to implement minimum wages as part of the Decent Work Agenda to reduce working poverty and provide social protection to vulnerable employees.

ILO refers to minimum wages as a form of ‘safety net’ meant to secure employees a reasonable basic standard of living. Minimum wages is also intended to protect the low-skilled employees against exploitation and possibly as one of the many tools by the Government to reduce poverty and inequality in the labour market in respect of wage distribution.

Beginning 2013, Malaysia joined the league of nations implementing minimum wages. With the wisdom of Datuk Seri Najib Tun Razak, the Prime Minister of Malaysia, the Government picked enough courage and confidence to implement this policy.

The Minimum Wages initiative for Malaysia was announced by the Prime Minister in his Budget Speech on Oct 15, 2010. The policy is meant to ensure employees can meet their basic needs and create the necessary environment for industries to move-up their value chain by increasing the productivity of their employees through the use of technology and other innovations.

Since the announcement of the policy, a series of consultations and deliberations have been undertaken by the Human Resources Ministry (MoHR) to realise this policy. In an endeavour to implement this policy with full conviction, MoHR held nothing less than 100 discussions and consultations with various stakeholders including the employers’ and employees’ organisations, trade bodies, NGOs, state governments, ILO, the World Bank and also through online blogs.

Evaluation of the implementation of minimum wages in several countries such as South Korea, Taiwan, Hong Kong, Japan, UK and Thailand were also made. All the feedback and input were thoroughly perused and studied by the Minimum Wages Technical Committee and also subsequently deliberated at great length by the National Wages Consultative Council before being determined conclusively by the Government.

It has to be noted that the minimum wages concept is not entirely new in Malaysia. Before this, the MoHR enforced the Wages Council Act 1947 (Act 195).

Act 195 was the first legislation relating to minimum wages, albeit the implementation of the Act was more on a sub-sectoral and occupational basis. Under Act 195, wages councils were established to fix legal minimum wages for sub-sectors identified as vulnerable and with low-paying salary.

The underlying principle of Act 195 was the tripartite arrangement where Commissions of Inquiry (COI) are represented by an equal number of employers and employees. Several wages regulation orders were gazetted for selected occupations such as minimum wages for employees in catering and hotels, cinemas, Penang stevedores and cargo handlers, shops and for security guards.

Act 195 had its shortcomings where the mechanism provided to establish minimum wages was long, tedious and generally ad hoc in nature. As a result, the Act found its demise in 2011 when it was replaced with the more comprehensive legislation known as the National Wages Consultative Council Act 2011 (Act 732).

Act 732 was gazetted on Sept 15, 2011, after extensive debate in the Parliament and it forms the foundation of the present minimum wages policy in Malaysia.

Act 732 took a similar vein as what was embedded in Act 195 in which the spirit and fortitude of ‘tripartism’ became the cornerstone of Act 732. The Government understood very well that minimum wages should only be implemented after consultations with our social partners, namely the employers’ and employees’ organisations.

Act 732 mandates the formation of a Council known as the National Wages Consultative Council (NWCC) which is a tripartite council consisting of representatives of employees, employers, government and other independent experts. The council was established on Sept 20, 2011 with the main role to undertake research on all matters relating to minimum wages and to make recommendations on minimum wages to the Government.

Once approved by the Govern-ment, the Human Resources Minister makes the Minimum Wages Order. At present, there are 26 members in the council, including a chairman, a deputy chairman and a secretary.

Getting consensus on minimum wages from the employers’ and employees’ organisations in the NWCC has not been easy. In light of this stance, the Government played the crucial role to mediate and find a middle-path or rather a ‘win-win’ solution for both parties.

The Government had to ensure that the minimum wages rate is not set too high to the extent of having a negative impact on the employers and the national economy while at the same time not too low to be insignificant.

MoHR must admit that both the employers’ and employees’ representatives have shown great zeal and commitment to facilitate the Government to arrive at this very crucial decision. In arriving at this decision, various statistical data and research papers were studied.

In order to facilitate all the necessary arrangements, the Technical Committee on Minimum Wages, tasked to do all the background work and studies, has provided invaluable information to the council to make an ‘informed decision’.

It is crucial to note that the statistical indicators such as the median wages, poverty line income, unemployment rate, consumer price index and other indices only represented a reference point for effective deliberations in NWCC. What was more evident in the council was the extensive ‘spirit of tripartism’ amongst the employers’ and employees’ representatives.

Numerous meetings and deliberations have led to both parties making significant compromises and adjustments along the way.

Admittedly, such compromises became more evident during the many deliberations held when processing and deciding the applications for deferments by employers.

At some point of time, the burning question in everyone’s mind was why after all these years, only now Malaysia decided to adopt a national level statutory minimum wages policy. Frankly, it was not a deliberate decision but this was done out of sheer necessity for a better tomorrow for our beloved nation. There are several reasons for this decision.

In addition, MoHR commissioned the World Bank to conduct a study and advise the Government on the minimum wages policy, the design and its implementation. The study showed that Malaysia was caught in the middle-income trap, with labour productivity growth of 6.7% between 2000 and 2008, far exceeding the wage growth of 2.6% over the same period. The World Bank concluded that Malaysia should implement a minimum wages policy to address the labour market imperfections which have resulted in suppression of wages especially for the low-skilled employees.

The real push to implement minimum wages was due to the nation’s leadership resolve that by year 2020, Malaysia is to become a high-income economy. The minimum wages initiative is seen as one of the policy instruments vide the New Economic Model (NEM), to ensure inclusiveness by transforming the economy from a middle-income to a high-income by the year 2020.

In order for Malaysia to become a high-income nation with inclusiveness, wages at the bottom have to be lifted up. In addition, businesses have to transform by moving up the value chain by investing in higher technology to increase labour productivity as well as reduce the nation’s dependence on unskilled foreign labour.

Within these contexts, the question on everyone’s mind was why the wages did not increase in tandem with the increase in the cost of living and inflation. There was no right answer to this question.

Perhaps, if the labour market had been fairer towards the employees, especially for the lower segment of workforce, the Government would have hesitated to intervene to correct the labour market by way of the minimum wages policy.

In light of the above, it has to be emphasised that the Government’s decision to implement minimum wages after all these years was based on the outcome of several comprehensive studies as well as from the extensive consultations with relevant stakeholders in the country.

The minimum wages policy is important for employees as it helps to ensure wage increases are in line with the cost of living, thereby enabling employees to afford basic necessities. For the employers, this policy should encourage them to invest in higher technology by moving up their value chain and in the long run reduce dependency on foreign employees.

For the Government, this policy is expected to transform the economy from a labour-intensive to a capital-intensive economy through automation and mechanisation and help the nation to become a high-income economy by 2020. Minimum wages policy should also benefit the economy in the long run with the likely improvement in the purchasing power of the working class.

The Order also allows employers to apply for deferments and as of Sept 10, 2013 a total of 1,044 deferments have been given to individual employers. For SME employers, deferments were also given in respect to their foreign employees till Dec 31, 2013.

The deferments were decided by a tripartite committee and should be seen as a measure to give some breathing space for certain employers who needed some time to revisit their business model and wages structure. In consideration of most of the deferments which expired on Dec 31, 2013, all employers in Malaysia must fully comply with the Minimum Wages Order 2012 with effect from Jan 1, 2014.

The Minimum Wages Order applies equally to all employees, including foreign employees. Some quarters are appealing to the Government to adopt and implement a separate minimum wages package to foreign employees in which non-wages components, also referred to by industries as benefits-in-kind such as accommodation, are factored into the calculations of basic wages.

It has to be emphasised that beginning Jan 1, 2014, the Labour Depart-ment throughout the country has been instructed to fully enforce the Minimum Wages Order 2012 and they will be visiting employers’ premises to ensure full compliance of the Order. I urge full cooperation be given to the Labour officers in carrying out their duties as provided for in Act 732.

All employers are urged to embrace this policy as part of the nation’s transformation agenda and implement it accordingly as the penalty for non-compliance is hefty and it includes custodial sentence for repeated offences. The court can also order the employer to pay each employee the difference between minimum wages rate and the employee’s basic wages.

In the spirit of moving forward with the minimum wages agenda for the nation, I urge the employees to strive their best to contribute more diligently to further enhance productivity at the workplace and always be ready to change and adapt themselves to any innovative approaches employers may implement.

Recently, the Government launched a dedicated portal on minimum wages in order to effectively disseminate information on minimum wages to enable all parties to obtain accurate information at a click of a button. The portal can be accessed at www.minimumwages.mohr.gov.my. The Minimum Wages Secretariat and the Performance Management and Delivery Unit (Pemandu) are presently on a nationwide engagement session to organise minimum wages clinics. The response has been encouraging.

The minimum wages policy will surely require employers to revisit their present business model and wages structure in their establishments. It has to be emphasised that the implementation of this policy is in the best interests of all stakeholders, and is in tandem with the Government’s push to drive productivity and to raise the income of the employees.

The government recognises that some Malaysian employers may face challenges as they adjust to the new wages policy. Despite this, the minimum wages policy represents a step in the right direction for Malaysia as we join the ranks of some 150 nations with minimum wages policies already in place.

Datuk Seri Zainal Rahim Seman is Secretary-General of the Ministry of Human Resources Malaysia. The views expressed are entirely the writer’s own. 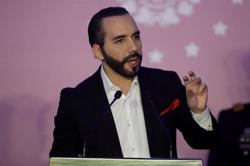 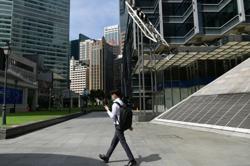