KUALA LUMPUR: The producer of KL Gangster 2, Datuk Yusof Haslam (pic), will take legal action against the person responsible for illegally uploading the film on YouTube before its scheduled screening on Oct 3.

Yusof said he and his son Syamsul, the director of the film, were gathering evidence, which would be handed over to the police. 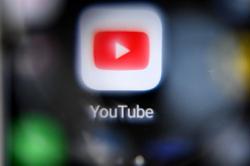