KUALA LUMPUR: A pair of identical twins was acquitted and discharged by the High Court here Friday of drug trafficking because of difficulty in identifying which of the two was in possession of the drugs five years ago.

Justice Zaharah Ibrahim, who described the case as unique, said that although R. Sathis Raj and R. Sabarish Raj, 27, looked alike and had identical DNA, which made it difficult to differentiate between them, there was no doubt that one of them was the culprit.

”My job, as required by the law, is to determine whether the prosecution has succeeded in establishing a prima facie against the two accused. In this case, both are identical twins.

”A member in the arresting team, Kpl Mohamad Sidek Paiman, at first could not identify, but later asked for both the twins to stand and said there was a difference in their height. However, he identified the first twin as the one wearing spectacles.

”The question is, which of the twins was arrested first. Is it the one wearing the spectacles because at the time of arrest both were not wearing spectacles.

”Mohamad Sidek said he only identified them from the shirts they wore on that day,” she added.

Sathis Raj and Sabarish Raj were charged with their brother, R. Deva Raj, 43, now deceased, with two counts of trafficking in 166,336gm of canabis and 1,762gm of raw opium at a house in Jalan SS 2/19, Petaling Jaya, at about 4.05pm on Aug 5, 2003. Justice Zaharah said that based on the testimonies by the two policemen, there were doubts and the prosecution had failed to determine which of the twins was in possession of the drugs.

“One of the accused should be called to enter his defence but the question is which twin, because even the DNA cannot be used to determine the identity. On the day of the incident, both were not wearing spectacles. Otherwise, that could have been used as a basis for Mohamad Sidek to identify the first twin.

She said that although one of them was indeed in possession of the drugs, she was acquitting both because she could not afford to send the wrong person to the gallows.

After Justice Zaharah delivered her judgment, the twins, both clad in white shirts, cried and hugged each other. 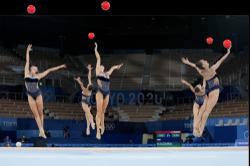