KUALA LUMPUR: Thousands of Malaysians and foreign tourists witnessed the official awarding of the Unesco World Heritage Site to George Town and Malacca at a colourful ceremony at Dataran Merdeka last night.

The award arrived on an elephant and was passed to Unesco’s regional science bureau for Asia and the Pacific director Hubert J. Gijzen who then gave it to Education Minister Datuk Seri Hishammud-din Tun Hussein who is Malaysia’s Unesco national committee president. 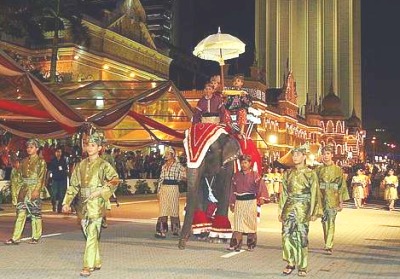 Colourful parade: The official letter to declare Malacca and George Town as world heritage cities being delivered by an elephant at Dataran Merdeka Saturday night.

“The heritage status put us on the world tourism map, said Abdullah.

“These towns have a heavy responsibility to maintain the status. They have to preserve buildings, monuments and the environment,” he added. 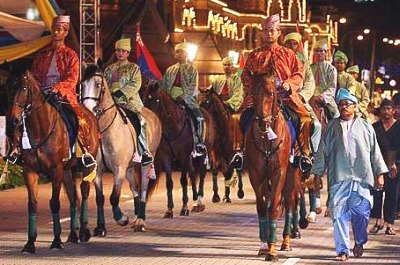 Steeped in culture: A goup of Malay warriors astride horses during the glittering celebration.

Cultural troupes from Malacca and Penang put up musical plays that illustrated the founding of the towns.

There were also boria, ghazal and chingay performances from Penang while Malacca’s famous dondang sayang and Portuguese dancers performed for the crowd.