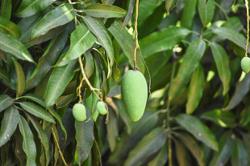 THERE is too little tongkat ali herb extract in most coffee products to enable such drinks to have any health benefits or extra nutrition as claimed by their manufacturers.

Berita Harian, in its front-page report yesterday, said a Forest Research Institute of Malaysia (FRIM) study on 10 popular tongkat ali coffee brands revealed that seven of them contained only 0.25% to 1.6% of the herbal extract and was not sufficient to benefit one’s health.

Its medicinal plants programme director Dr Rasadah Mat Ali said the active content of tongkat ali in the drink, which was only between 0.0039% and 0.0246% (7.8nanogram to 49.3ng), was far too low for it to be beneficial.

The Malay daily said that for example, if a person weighed 80kg, he would have to take a minimum of 80mg tongkat ali extract daily to enjoy its benefits.

Dr Rasadah was quoted as saying that another three brands tested by FRIM failed to show any content of the extract.

The stadium, he said, was the most valuable heritage and it was only appropriate that it be given the “national heritage” status on that date.

He clarified that his ministry had never considered dropping Merdeka Stadium as a national heritage but instead had special plans for it, adding that the declaration would be done in a spectacular ceremony.

> Popular singer Mawi has denied being addicted to drugs after he was alleged to have asked an acquaintance to get some of the substance for him during a holiday with fans in Australia, Harian Metro reported.

He is alleged to have asked for the drugs, saying he was shivering.