AS the Prime Minister read out the 9MP details, a rubber tapper allowed himself to dream of a better future in the next five years.

His hope is that rubber prices will keep going up and the thrust to eradicate poverty in Sabah and Sarawak will enable him to own a plot of rubber smallholding in the south-western district of Beaufort, in his native Sabah.

“I know I can have a better income by working my own land,” said 45-year-old Jantrin Sanggap who has been tapping the trees of other rubber smallholders these past 15 years.

During that period, his average monthly income was less than RM800. For Jantrin, his wife Satiah Dalim, 28, and their daughter, Norkatinah, 12, it was a kais pagi, makan pagi (hand-to-mouth) existence.

Life suddenly improved the last six months with the escalation of rubber prices, resulting in Jantrin’s monthly income increasing to about RM1,500.

But Jantrin knows that his family will be better off if he owns a rubber smallholding and his dream may come true in the 9MP during which 387,500ha of land would be replanted with rubber and oil palm in Sabah and Sarawak.

Another 102,700ha would be consolidated and rehabilitated by agencies such as the Rubber Industry Smallholder Development Authority, Felcra Bhd and the Sabah Rubber Industry Board.

Under the 9MP, Amanah Ikhtiar Malaysia (AIM) will focus on providing micro credit facilities in Sabah, Terengganu and Perak where there are a large number of hardcore poor.

By 2010, AIM is expected to provide micro credit facilities to an additional 69,200 participants and increasing its members to 203,200.

The Plan also brought good news for archaeological buffs as it provides for a museum at the site of the unearthing of South-East Asia's largest ancient pottery centre in Bukit Tangkorak.

The museum will chronicle the life of an ancient community in the east coast district of Semporna that made the area a pottery centre 3,500 years ago.

Sabah Museums director Datuk Joseph Guntavid said the museum would be constructed on a 60ha site at Bukit Tangkorak, some 3km from Semporna town.

“The museum will showcase the skills and tools used to make pottery thousands of years ago and similarities in the lifestyle of that ancient community with the present indigenous communities around Semporna,” he added.

From the man on the ground to state Cabinet members led by Chief Minister Datuk Musa Aman, the next five years will see billions of ringgit changing the face of public roads, agriculture, rural land and turning tourism into a major income earner for Sabah.

Go to StarBiz for more stories.

Click here for the full text of the Prime Minister's speech on the Ninth Malaysia Plan to Parliament.

Click here for the full text of the Ninth Malaysia Plan.

Read our Special Report on the Ninth Malaysia Plan here. 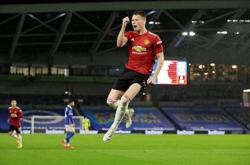 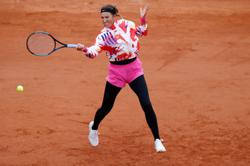