KUALA LUMPUR: A controversial video footage showing a woman in uniform instructing a Chinese-looking naked woman to do ear squats caused an uproar after it was made public yesterday.

Police have now started investigations and have lodged a report on their own.

Ministers and MPs expressed disgust with the way the naked woman was treated after they were shown the clip by Seputeh MP Teresa Kok at Parliament House yesterday.

The video clearly shows the woman standing naked in a room with some lockers to her right. The woman in uniform can be heard telling the woman in Bahasa Malaysia to pull her ears, squat and stand up. The naked woman did 10 ear squats.

The 70-second video clip is said to have been taken using a cellphone and has been widely circulated through the multimedia messaging service (MMS) over the past few days.

The person who recorded the incident did it through a grilled window.

The footage has led people to link the scenes shown in it to the ordeal of four women from China at a police station recently.

The four alleged that a policewoman asked them to strip and perform ear squats in a room at a station while in police custody.

They were arrested on suspicion of having invalid travel documents in Sungai Buloh here on Nov 3.

However, the four women have denied being the naked woman shown in the video clip, saying they were on the first floor of a building without windows. 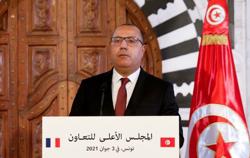 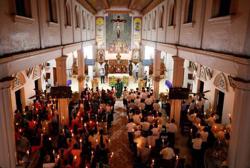