Siti Sarah receives a condo as present from husband

Singer Siti Sarah Raisuddin received a condominium from her comedian husband, Shuib, after she gave birth to their third child in November last year.

"Praise to God, this is my fortune during Ramadan. I never thought it would be a condominium when Shuib said he wanted to give me something," she said.

However, the mother of three declined to reveal the location and price of her new property citing safety reasons.

The family will be spending Hari Raya at the new house this year.

Siti Sarah shared that she had received a gold necklace and a smartphone for the previous two pregnancies.

Actress Noor Neelofa Mohd Nor, 27, clarified that she was not bewitched (kena sihir) after a video of her being treated by a PAS leader became a hot topic among netizens.

The video uploaded onto her Instagram account showed Neelofa sitting with her back towards PAS spiritual adviser Datuk Dr Haron Din.

Haron could be seen reading the holy verses, with a water bottle on his left hand and his right hand on Neelofa's upper back.

"My family's relationship with ustaz is quite close. We often visit each other," she said explaining that it was just a blessing ritual.

> Chen would travel between Taiwan and China after married

Michelle, 33, would continue to stay in Taiwan even though the 28-year-old Chen Xiao is based in China.

The couple would have their wedding reception in Beijing on Sunday.

Another reception would be held in Taipei on July 21.

Michelle started dating Chen Xiao last year after they acted together as a couple in the remake of the martial arts epic The Romance of the Condor Heroes.

> Chan would take a break

Chan revealed that she would look after her health during the break as she wanted to get pregnant.

The 37-year-old artiste said it was a right time to prepare for it. 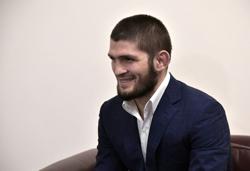 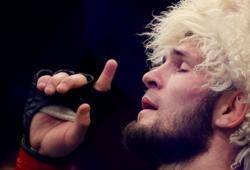