Census 2020 is vital for nation-building 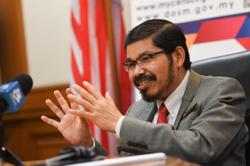 Digital pivot: An emunerator placing survey forms in the post box of each units of a condominium in Puchong. However, in-person interviews will not be allowed during this current lockdown. — Filepics/The Star

THE national census takes place once every 10 years and records both Malaysians and foreigners living in the country. However, it does not just calculate total population, density and distribution. In fact, the data collected in the census will be vital in the drafting of national policies for the next decade and more.

The ongoing Malaysia Population and Housing Census (Census 2020) is a valuable opportunity for the public to directly participate in national policymaking. Census 2020 collects information on age, gender, labour force, Internet penetration, availability of public facilities and recreational areas, transportation, connectivity, efficiency of sanitation services, and much other information to determine the distribution of government allocations.

The data collected in the census is also an important means for the public to voice out their concerns, says Census 2020 Commissioner Datuk Seri Dr Mohd Uzir Mahidin.

“From the census, we will be able to know about the schooling, labour and economic needs of an area. We will be able to channel investments and economic activity in areas where jobs are needed, plan how to manage an increas-ingly ageing society, and the kind of healthcare system needed to support Malaysian demands in the future, ” says Dr Mohd Uzir, who is also the Chief Statistician at the Department of Statistics (DOSM).

“We also ask about the distance from homes to workplaces as we do not want people to spend a lot of time commuting. Developed countries put focus on shortening commuting times, and we have to see what areas of public service can be improved, ” he tells Sunday Star in a telephone interview.

Having public buy-in to the census process will allow the government to better understand the needs of the public. However, a challenge to mass participation in the census-taking process is that many are unaware or unable to see its direct benefits.

To date, 65.1% of people residing in Malaysia, amounting to 21.2 million people, have been recorded in Census 2020 from the country’s estimated 32.7 million population. The online e-Census recorded a 22.1% adoption. Dr Mohd Uzir: Those who have not yet filled in the census can take the opportunity now to do so.

Mohd Uzir notes that Malaysians tend to prefer giving information personally during house-to-house visits, but this process has been affected by the Covid-19 pandemic.

From mid-2020, some 9,500 censor enumerators from the DOSM went door-to-door to conduct nationwide interviews while adhering to the Covid-19 SOP. However, in-person interviews will not be allowed during this recent lockdown, and the DOSM will have to pivot digitally and focus on getting more people to fill up the e-Census.

“I would like to request for those who have not yet filled in the census to take this opportunity to do so, especially those in Kuala Lumpur, ” Mohd Uzir says, pointing out that KL has one of the lowest percentages of people who have completed the census at only 47.7%.

“The census allows us to know the distance from residential areas to the nearest available public transportation point, the nearest police and fire stations, and allows the government to address existing gaps.

“We can also know whether people feel safe in their areas of residence. When someone graduates from university, the country can provide them with work opportunities according to industry. If there is anything lacking, and allocations are needed, we can work to improve the situation, ” he says.

Data-driven policies can ensure that development is not concentrated only in one area, and Malaysia will be able to work towards bridging the gap between rural and urban areas, says Mohd Uzir, who explains that implementation will not all happen simultaneously, but based on prioritisation.

Without many of us realising it, Malaysians have benefited from the previous national census, which has been carried out every 10 years since 1970.

Mohd Uzir points out that census data has been used as a basis to draft the Malaysia Plans. Conversely, there will be a negative impact on the implementation of policies if there is any weakness in census data.

Without Covid-19, the census would have only taken four weeks and would have been completed by July last year but extensions were necessary due to the pandemic. This problem is not only faced by Malaysia but other countries as well, says Mohd Uzir.

The current timeline states a completion date of June 30,2021, for Census 2020, but the implementation of the lockdown from June 1 to June 14 may cause further hiccups.

Nevertheless, Mohd Uzir hopes to keep to the June deadline with minor mopping-up by July. The DOSM also plans to release the main data from Census 2020 for government and public use by the end of the year.

“I would like to thank all those who have already contributed to Census 2020.

“Although it is not yet complete, at least we have a database of nearly 21 million residents.

“We are grateful for their cooperation, and now will focus on recording the remaining population.”

Households which have yet to complete the survey can do so through e-Census. For details, visit: ecensus.mycensus.gov.my or call 1-800-88 7720. 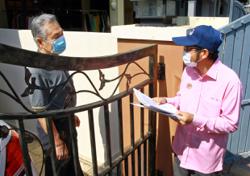