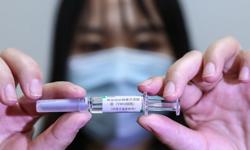 CHINA’s Covid-19 vaccines have finally gained their well-deserved recognition this month after EU nations led by Germany and France called for openness to accept Chinese and Russian vaccines amid acute shortage.

Last Monday, Macron said that Chinese and Russian vaccines were “necessary for the world to win the war against Covid-19”, reported Xinhua News from Paris.

“We should work with the Chinese and Russians so that the vaccines developed by their scientists will be integrated in this great multilateral effort. We are now engaged in a fight against variants, which is a real race against time, ” he said in an interview with French weekly Le Journal du Dimanche. 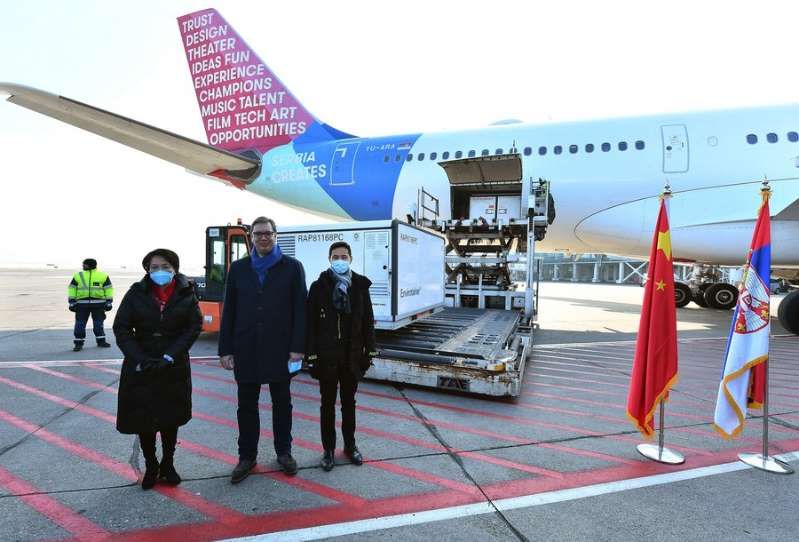 The EMA has so far only given the green light to vaccines of Pfizer/BioNTech, Moderna and AstraZeneca, developed in the United States (US) and Britain.

The unexpected shortage of approved vaccines has sparked concerns over how fast the EU could stem the Covid-19 pandemic and send their economies back to normal growth. Leaders are under pressure to seek for alternative solutions.

According to media reports, AstraZeneca announced late last month it planned to cut deliveries of the Covid-19 vaccine to the European Union (EU) by 60% to 31 million doses in the first quarter of the year. It blamed production problems. The jab, developed with Oxford University, is already widely used in Britain.

In the US, with President Joe Biden placing top priority to containing Covid-19 speedily after assuming office last month, Pfizer-BioNTech is supplying less-than-expected vaccines to the EU.

The EU, while lagging behind in combating the virus, has been too optimistic about the mass production of the vaccine.

The attitude change in some EU leaders was a pleasant surprise for the Chinese, but an opinion piece which appeared in The New York Times with the headline “It’s Time to Trust China’s and Russia’s Vaccines” was even more invigorating.

The opinion piece published on Feb 5 said: “Evidence has been accumulating for a while that the vaccines from those countries work well, too. The leading medical journal, The Lancet, published this week interim results from late-stage trials showing that Sputnik V, the Russian vaccine, had an efficacy rate of 91.6%.”

There are also convincing numbers about the reliability of the Chinese vaccines.

On Dec 9, the United Arab Emirates (UAE) endorsed a vaccine developed by China’s Sinopharm after reviewing the drugmaker’s assessment that it was 86% effective. No safety concerns were found at clinical trials. 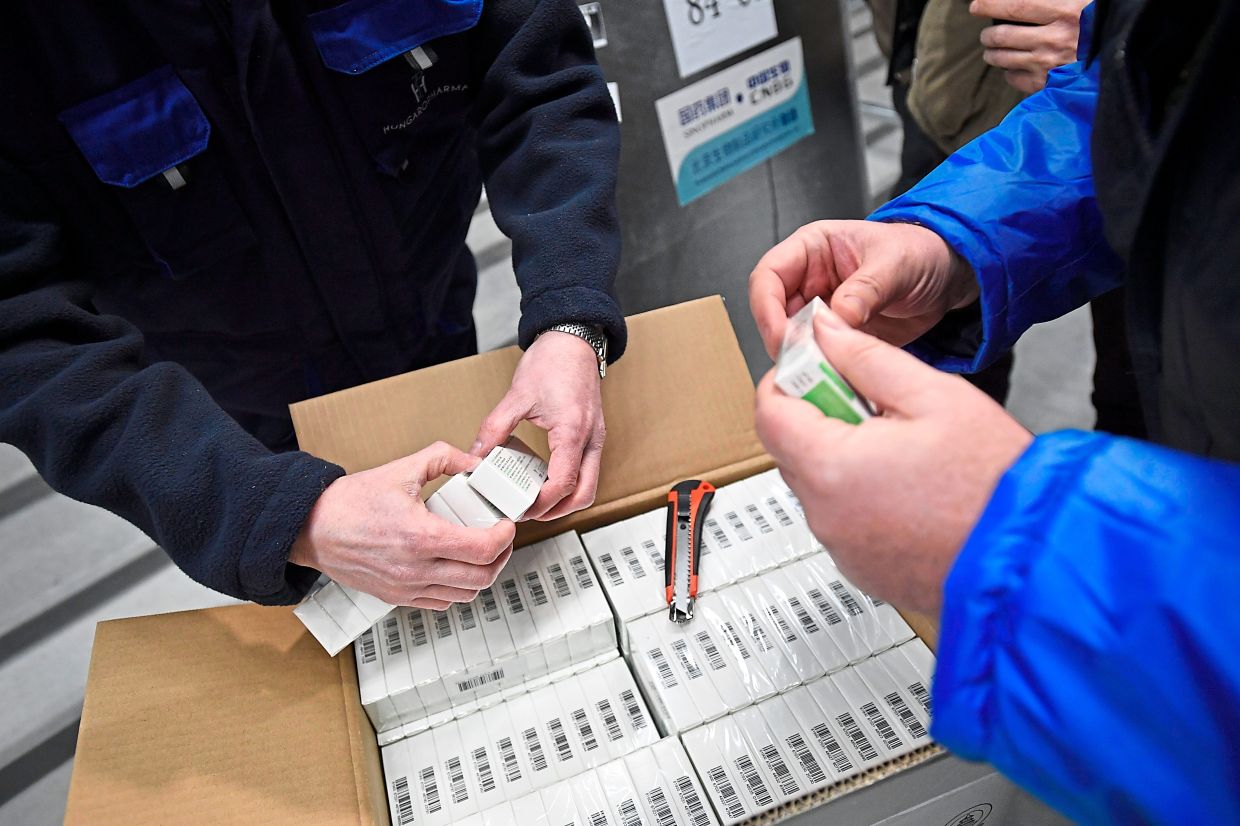 There must be reasons for the change in attitude of the West, which had previously dismissed and politicised Chinese vaccines.

China is also accused of carrying out “vaccine diplomacy” when Beijing donate vaccines to poor and developing nations.

Current affairs commentator Cheng Yue believes vaccine shortage had forced the EU to be more pragmatic. Leaders now had to stop looking at geo-political issues and focus on science to accept Chinese vaccines.

“In fact, it is the efficacy rate, safety and reliability of the Chinese vaccines that compel them to change their stance. It shows the strength of our vaccines.

“Clinical trials in various parts of the world (UAE, Brazil, Indonesia and Turkey) have shown that Chinese vaccines are safe and effective. Without this scientific backing, I believe the West will stay hostile towards our vaccines, ” said Cheng on his YouTube post.

He noted that China vaccine producers have been prompt in delivery. For example, Hungary signed a deal on Jan 29 to buy China’s Sinopharm vaccine for 2.5 million people. On Feb 16, this EU country received the shipment it contracted with China.

Chinese vaccines were initially dismissed in the West due partly to a misguided perception that they were inferior to the vaccines produced by Moderna, Pfizer-BioNtech or AstraZeneca; but mainly because of hostility shown towards Beijing. The prejudice of the West and their refusal to accept China’s rise have caused them to turn a blind eye to Chinese vaccines and the role China can play in the global anti-pandemic drive. For this reason, only governments that have focussed on saving the lives of their people have reaped early benefits from China’s speedy production and delivery of vaccines.

So far, Beijing has donated and exported vaccines to 22 countries among the 55 nations which have scrambled to buy the affordable vaccines from China, according to Chinese media. Zimbabwe health workers getting ready for their vaccination programme after receiving a donation of 200,000 doses of the Sinopharm Covid-19 vaccine from China. — AFP

Serbia, which has built strong relations with China since the pandemic struck last year, is likely to be the first country in Europe to get back to normal life.

Serbian President Aleksandar Vucic told Xinhua News in a recent interview: “People here are very satisfied and we are very proud that we succeeded in delivering such good things for the better health of our people and for the future of this country.”

On Tuesday, Hungary dispatched a chartered flight to Beijing to pick up its first batch of Sinopharm vaccine, making Hungary the first EU country to buy Chinese vaccine.

Tamas Menczer, state secretary from the Hungarian Foreign Affairs and Trade Ministry, told Xinhua: “We are the first country in the EU to use Sinopharm vaccine. We try to save lives and preserve the economy. It is a very important day for Hungary.”

Other countries that have or are about to receive Chinese vaccines this month include Senegal, Morocco and Zimbabwe, according to Chinese media reports.

And before this, UAE, Bahrain, Egypt, Jordan, Iraq and Pakistan have approved the Sinopharm vaccine from China, while Bolivia, Indonesia, Turkey, Brazil and Chile have begun to roll out another Chinese vaccine, from Sinovac.

In line with China’s official stand to make its vaccines “public goods” for the world, Beijing has donated vaccines to poor Asean countries such as Laos, Myanmar and Cambodia.

China, as a rich and powerful nation, continues to perform this public good despite warnings of “vaccine diplomacy” by the West to recipient nations. And poor nations in Africa are also beneficiaries.

Some 200,000 doses of Sinopharm vaccines donated by China arrived in Zimbabwe’s capital Harare early on Monday morning. According to an AFP report on Feb 15, while receiving the vaccines at Robert Mugabe International Airport, Vice-President Constantino Chiwenga said: “It has not been lost on us that in times of need, China’s response has been swift.”

He added the donation was “timely” and “yet another demonstration of the long bond of friendship and solidarity”.

As China has overcome its Covid-19 epidemic long before others and there are few new cases currently, there is no urgent need for it to vaccinate all its 1.4 billion people. Hence, it could afford to export its vaccines.

China had earlier said it would produce one billion doses this year, but experts told Global Times the amount could be much higher.

As most vaccines produced in the West have already been snapped up by rich nations, the world needs other vaccines to fill the deficit. And in this regard, affordable Chinese and Russian vaccines are seen as alternatives.

According to a recent report in The Lancet, some high-income countries – accounting for only 16% of the global population – have bought more than 70% of Covid-19 vaccine doses available in 2021. The Lancet reported that rich countries had secured at least 4.2 billion doses of Covid-19 vaccines, and warned their stockpiling would result in a shortfall in poorer and mid-income countries for years to come. In addition, many rich nations have signed contracts for doses to immunise their populations several times over.

The World Health Organisation (WHO) said recently a total of 130 countries have yet to administer a single dose.

To help other countries to gain access to vaccines, China has pledged 10 million doses of its vaccines to Covax Facility, the WHO-led initiative for equitable vaccine access.

Armed with the consistent policy to “put people’s lives first”, it is clear Beijing is making vast contributions to the current global anti- epidemic fight and inevitably, is providing leadership in global distribution of life-saving vaccine doses. 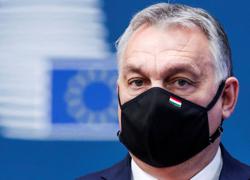