Talent in demand: The issue of Malaysians working in Singapore should not be viewed as a brain drain problem that needs to be fixed. – Filepic

Rather than discouraging Malaysians from working overseas, we should focus on making the country an attractive hub for talent

SOME 900,000 Malaysians are working in Singapore, of whom 300,000 are daily commuters, which suggests that the majority of more than half a million actually reside in Singapore, according to Malaysian Employers Federation (MEF) president Datuk Dr Syed Hussain Syed Husman in a recent media report. 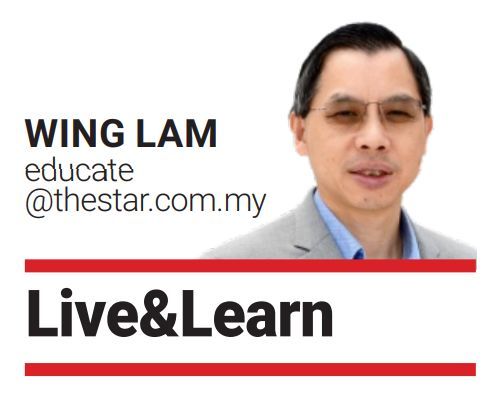 The issue of Malaysians working in Singapore is not new. With higher pay, a stronger currency and arguably a more attractive lifestyle, it’s not hard to understand why. Broadly speaking, there are two categories of workers. The first are vocational workers supporting sectors such as food and beverage, construction and logistics. This shouldn’t come as any surprise as Malaysia herself has, for a long time, been dependent on foreign workers taking up roles that locals find hard to fill. The second category is knowledge workers, typically experienced professionals in sectors such as information technology (IT), finance, marketing, engineering and healthcare. It’s this second category that is often characterised as the “brain drain”.

While Singapore’s close proximity and own shortage of home-grown talent make it an easy choice for Malaysians, the picture is far from lopsided.

Malaysians in Singapore invariably end up spending part of their income in Malaysia, and Johor in particular benefits from the economic spillover effect of its neighbour.

One can argue that with Singapore’s gain, there’s also a counter-balancing win-win for Malaysia. However, the issue of brain drain is one that is much broader than a discussion just about Singapore.

The reality is that top talent is globally mobile, and is often drawn to countries that recognise and reward such talent. India’s IT talent, for example, is found in many places outside of India in line with the demand for tech talent around the world.

Also, countries such as Australia, New Zealand, the United Kingdom, Middle East and Canada have traditionally welcomed suitably qualified immigrants with the right skills. In fact, the UK government has taken a step further when it announced, earlier in May, that graduates from the world’s Top 50 universities can apply for a two-year work visa regardless of where they are born and without needing a job offer up front.

Rather than viewing the brain drain as a problem to be fixed, we should celebrate the fact that the country is able to produce talent that is in demand around the world.

The crux of the issue is not about discouraging Malaysians from working overseas, but about making the country an attractive hub for both locals and foreigners, and ensuring that the education ecosystem in Malaysia produces a continuous flow of talent.

The latter is critical as talent that flows out of the country must be replenished by fresh talent to avoid a net outflow that would negatively hamper economic growth and development.

Universities play a critical role in the talent pipeline, particularly in terms of preparing graduates for the workforce. Admittedly, the system is not perfect.

Long-standing concerns around the calibre of graduates, industry preparedness and the sufficiency of talent in particular disciplines such as IT and engineering persist. There are both quality and quantity issues to be addressed within the university sector, but producing more “brain” is a far better response to the issue of “brain drain” than trying to stop or prevent the drain.

Prof Wing Lam is the provost and chief executive officer at University of Reading Malaysia, an international branch campus of University of Reading, United Kingdom. He has held a variety of academic positions in Malaysia, Singapore and the UK. Prof Wing completed his PhD in computer science at King’s College London in 1994. He has published over 80 peer-reviewed articles and journals. His current areas of research interest include technology and innovation. The views expressed here are the writer’s own.