THE Malaysian University English Test (MUET) has been improved to ensure it retains its position in testing language proficiency.

Carried out by the Malaysian Examinations Council (MEC) since 1999, the MUET syllabus and test specifications have been revised twice – the first in 2008, and the second this year to align MUET with the Common European Framework of Reference for Languages (CEFR). MUET candidates were tested based on the latest revision of the Reading, Writing and Listening syllabus and test specifications for the first time yesterday.

The new Speaking test was held in February.

“Students will find some unfamiliar topics and have to infer their answers from the texts. In the old format, they could still look for answers in the passages.

“The Listening test is also a little more challenging even though it comprises all multiple-choice questions.

“The Writing tasks are much easier with letter and email writing. While Task 2 requires critical thinking skills, the students should be able to give their elaboration. The number of words required for both essays has also been reduced.

“For Speaking, the topic discussed in Part 2 is different from that in Part 1. This will help us identify the better students, ” she told StarEdu.

The objective of the MUET is to measure the English language proficiency of candidates who intend to pursue first degrees in public and private universities in Malaysia.

It helps institutions make better decisions about the readiness of prospective students for academic coursework, and their ability to use and understand English at university.

The test can also be used to measure the English proficiency of adult learners of English, including teachers and others who need to use the English language in the workplace.

Administered three times a year, the MUET sessions are named MUET Session 1, MUET Session 2 and MUET Session 3.The MEC also administers MUET on Demand (MoD), which enables candidates to take the test outside the fixed sessions held each year. 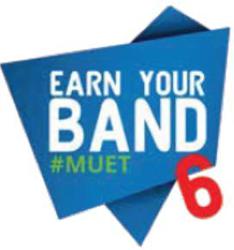