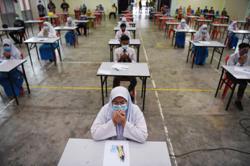 PARENTS are doing all they can in the “last lap” to help prepare the Sijil Pelajaran Malaysia (SPM) 2020 cohort after the Education Ministry unexpectedly stopped face-to-face classes from Wednesday.

Some 400,000 students sit for the SPM exams annually. With a week to crunch time, parents are pulling out all the stops to support their children.

A parent who only wants to be known as Kogi said she has engaged a tuition teacher to provide extra lessons for her son for most of his subjects.

“I’m also monitoring and coaching him with past year SPM questions, ” she said.

Nur Sarah Lee, whose son prefers face-to-face lessons, is doing what she can to prepare him.

“He will have online tuition for his core subjects but for Additional Mathematics, it will be face-to-face sessions.

“He is also attending Science and Accounting seminars, ” she said.

Deepa Pasupathy has also ramped up her son’s tuition classes and signed him up for seminars.

“I’m not too worried about the study-at-home mode as I’m able to give my son tuition and his teachers are active on platforms like WhatsApp.

“But I’m worried for students who can’t afford tuition and devices for online learning, ” she added.

Its chairman Mak Chee Kin said many parents have contacted the Melaka Action Group for Parents in Education (Magpie) to voice their concerns.

“We don’t understand the rationale behind this decision because if safety is a concern, then the ministry should not have allowed the students to return to schools in the first place.

“The circular is also unfair as students in boarding schools are allowed to stay in.

“According to feedback from our members, attendance of the students is at 70% since they were allowed back in school on Jan 20.

“This means that the same percentage of parents want face-to-face lessons in the run up to the exams.”

Education director-general Datuk Dr Habibah Abdul Rahim explained in the ministry’s circular dated Feb 4 that the move was to give candidates a break for Chinese New Year and to give them time to study before their exams kick off on Feb 22.

Last year, it was announced that the year-end SPM exams were postponed to January this year. This was followed by another announcement that the SPM would be moved to February to give students more time to prepare and allow the ministry to make logistics arrangements.

A Form Five teacher in the Klang Valley who only wants to be known as Sri said he and his colleagues are frustrated by the ministry’s “sudden announcement”.“As teachers, we want our students to be in the right frame of mind and be prepared for the biggest exam of their schooling years.

“We have already prepared a revision timetable for them as most students need last minute help.“Online teaching and learning poses its own challenges but we are coming up with a schedule for the last leg of revision to coach our students, ” he said.

He hopes his school administration will allow extra classes to be carried out online.

National Union of the Teaching Profession (NUTP) secretary-general Harry Tan, however, said the circular is not an issue as students need personal study time.

“What they need now are tips on questions that may come out and how to tackle these.

“Teachers are just a call away and always willing to help, ” he said. 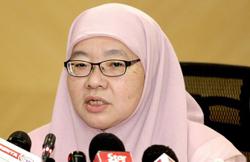