A PLAN to catch a thief failed yesterday at an archery contest in Nottingham, England. But that’s because he is no ordinary thief.

Robin Hood, 37, is seen as a hero because he steals from the rich to give to the poor. The sheriff of the town was desperate to catch the outlaw, who had outwitted him. There are several warrants for Hood’s arrest, mostly for stealing from wealthy citizens.

He is also at the top of the police’s Most Wanted list, with a reward of £10,000 promised to anyone who turns him in.

According to sources in the sheriff’s office, the top cop crafted a scheme last week to lure Hood and his gang out of their hideaway in Sherwood Forest.

Knowing Hood’s skill with a bow and arrow, he decided to hold a big contest to find the best archer in the land, the top prize being bragging rights to the title and an arrow with a golden head and a silver shaft.

“Robin Hood won’t be able to resist, ” the sheriff told his men, ordering them to spread word of the contest.

Soon, news reached the corner of the forest where Hood and his men were hiding. A member of the gang, who did not wish to be named, said that the group immediately decided to join the competition.

But as they discussed it, a young man stepped forward and warned them, saying: “The sheriff is trying to trap us.”

Although Hood realised he could be caught and thrown in jail, he insisted on going ahead. “I must win this contest – it will be a victory for the poor.”

And so he went, disguised as a farmer. The place was crawling with the sheriff’s men, each on the lookout for him.

Soon the competition was in full swing. Hood hit one winning shot after another.

His strongest opponent, however, matched him point for point until it finally came down to the last round. The opponent took aim and hit the bulls eye.

A collective gasp was heard – surely this was unbeatable?

Next it was Hood’s turn. He lifted his bow, took aim and, incredibly, struck his opponent’s arrow head-on, splitting it into two and hitting the bullseye. The crowd went wild with excitement. But Hood realised he had given himself away, because no one else was as good with a bow and arrow.As the sheriff handed over the gold-and-silver arrow, he whispered to Hood “I have you at last!, ” and signalled to his guards to close in.

At that moment, however, one of Hood’s men shouted to the crowd: “Three cheers for the winner! Let’s lift him up on our shoulders!”

The gathering surged forward and hoisted Hood up in celebration, keeping him out of the guards’ reach. He was lifted away on a sea of people to the edge of the village where he escaped into the woods.

The sheriff’s office has refused to comment on the incident, but it is understood that several guards have been reprimanded.

The town is also considering passing new crowd-control laws banning the lifting up of participants during sporting events.

ARCHERY – The sport of shooting arrows with a bow

SHERIFF – The top official in an area, responsible for things like collecting taxes and enforcing the law

OUTLAW – Someone running away from the police

COLLECTIVE GASP – “Collective” means “done by the group”. In this case, everyone took a sharp breath in surprise

GIVEN HIMSELF AWAY – Showed his true identity

> The Adventures Of Robin Hood by Roger Lancelyn Green

The Little Big Story Book: Tall Tales That Made The News by Alison de

The stories chosen are classis legends, myths, fables and folklore from around the world rewritten as modern news or feature stories. Young readers and adults will enjoy reading the likes of William Shakespeare’s Macbeth and Hamlet and Mary Shelly’s Frankenstein in a modern news format.

But these stories are not just good yarns.

They touch the soul, nourish the mind, and give readers a better sense of their place in the world. By reading about the plots and characters, readers can make the stories a part of their lives.

THE legend of Robin Hood has been written about in several books and portrayed in a number of movies.

It comes from stories about an English outlaw who lived in the 12th century. His fondness for robbing the rich and= then using the spoils to help the poor made him a popular hero in English folklore.

At first, his tale was sung in ballads (storytelling poems).

Ballads were important in old England as very few people could read or write in those days. Later on, there were plays, books and movies about Hood’s adventures with fellow bandits such as Little John and Friar Tuck.

The outlaws were often called Hood’s “Merry Men” as they were famous for being happy and having a good time.

Some think Robin Hood was a real person.

In fact, the discovery of tunnels near a church in present-day Nottingham, Central England, seems to back up the story of one of his daring prison escapes. 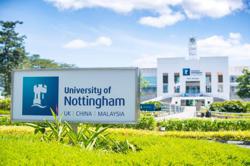 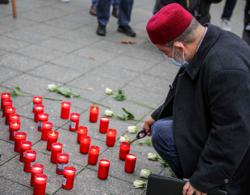