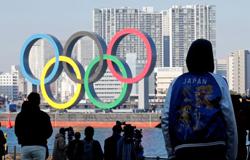 JAPAN’S Tsukuba University branch campus in Malaysia is expected to be fully operational by 2023.

Plans for the campus, which is also the first ever by a Japanese university overseas, remain on track despite the opening being delayed by a year.

The original plan is to launch in 2022 but this has not worked out due to the Covid-19 pandemic, said Japanese ambassador to Malaysia Hiroshi Oka.

He added that discussions are underway between the Japanese and Malaysian sides, and no more major delays are expected as everybody is eager to make this a reality.

“This is going to be the first branch campus by a Japanese university, and this is the endorsement of the quality of education in Malaysia from the view of the Japanese, ” he said.

Oka said that education has long been a key focus of the Japan-Malaysia bilateral relations, particularly after the Look East Policy, aimed at learning best practices from Japan, was launched in the early 1980s.

“Of course, business is an important and essential pillar for bilateral relations.

“However, education and human capacity development is equally important.

“Under the Look East Policy, Malaysian students and government officials have come to Japan to pursue further studies or participate in the Japan International Cooperation Agency (JICA)’s training programmes, ” he told Bernama.

Their numbers have exceeded 17,000 since the programme started and after completing their education or training programmes in Japan, they returned to Malaysia and are playing leading roles in both the government and business sectors, making them “the actual bridge between Japan and Malaysia, ” said Oka.

Japan, on its part, reciprocated this initiative by establishing two educational/human capacity development institutions in Malaysia, the Malaysia-Japan International Institute of Technology (MJIIT) in 2011, a faculty within Universiti Teknologi Malaysia.

Oka also said that the merit of having a branch campus of Tsukuba, in addition to MJIIT and JMTI, is bringing Japanese tertiary education closer to promising Malaysian students who want to attain Japanese-quality higher education in Malaysia.

He said that Malaysian students can study as if they are in Japan for their tertiary education, while remaining on home soil.

“Japanese companies are here (in Malaysia), and what operates the companies and their machines are the people. So unless there are qualified people capable of running the company, or the machines, the investment means nothing.

“This is the kind of conscious effort we are making to strengthen the linkage between education and actual businesses, ” he said.

It was on this solid basis of educational cooperation from both sides that Japan responded favourably to Malaysia’s request for a Japanese university campus to be set up locally.

On Tsukuba’s local campus, he said it would be set up within Universiti Malaya and will utilise the existing facilities there.

“We are going to celebrate the 40th anniversary of the launch of the Look East Policy in 2022 and this branch campus is going to be a new milestone that symbolises future cooperations between Japan and Malaysia, ” he said.— Bernama 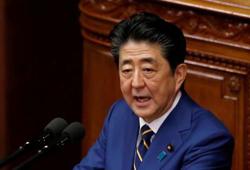