Dr Ganabaskaran: Parents and students feel they must be given the freedom to choose.

Many non-high achievers have gone on to do well as doctors, the Malaysian Medical Association (MMA) which represents 14,000 doctors nationwide, pointed out.

Its president Dr N. Ganabaskaran said grades should not be the only indicator of a student’s performance and his or her ability to do well in medicine or any other field.

The no objection certificate (NOC) and clearance letter (CL) are redundant and riddled with problems including the use of forged documents by those who did not achieve the SPM grades required for medical courses abroad.

Another problem with the NOC was the lack of clarity in its guidelines for issuance.

“There were no clear directions on who was eligible to get the NOC and there was widespread dissatisfaction as it was seen as a hindrance to the students’ right to pursue higher education.

“Different foreign universities have different admission requirements. Many parents and students feel that they must be given the freedom to choose.

“Some foreign universities don’t even bother with the NOC so long as the applicants meet their admission criteria, ” he told StarEdu.

He was commenting on the Higher Education Ministry’s decision to do away with its NOC and CL effective July 24.

The documents were previously issued to students who achieved certain grades in their SPM. Siti Hawa: There are ways to prevent forgery of the documents without having to abolish them.

For almost 17 years, the NOC and CL system were used to control the quality of students graduating from higher education institutions abroad.Additionally, the documents assured students that the university and course of study is recognised by the Malaysian government.

“Foreign universities have their own vetting processes and medical school admission assessments to safeguard against the many types of forgery, including those involving basic qualifications like the SPM, ” he said, adding that students should submit notarised copies of authentic certificates to the varsities.

These notarised admission documents, he said, must be diligently and carefully vetted by the foreign varsities before accepting the student.

“As an added measure to ensure that the prospective student meets their admission requirements, these foreign varsities can check with the relevant authorities here to ascertain the authenticity of the certificates.”

Pleased with the move to abolish the NOC and CL, he said years of debates over the quality of overseas medical graduates might finally be resolved.

The next step, he said, is to introduce a common exam for all medical students, including those in local universities.

“The MMA has consistently asked for a common form of aptitude tests for admission into all local and private medical courses.

“We wanted a common qualifying examination where all medical graduates who pass are eligible to be registered with the Malaysian Medical Council and practise medicine in Malaysia.

“Most advanced countries do not give blanket recognition of overseas medical degrees even if the graduates are from reputable Ivy League universities – they have have some form of examination.”

He, however, stressed that the policy, like a common examination, would have to be well-formulated and made known at least five years before implementation. And, only students from medical colleges listed in the World Directory of Medical Schools should be allowed to sit for it.

The directory lists all medical schools in the world with up-to-date information on each school.

While the MMA welcomes the abolishment of the NOC and CL, Melaka-Manipal Medical College professor of obstetrics and gynecology Datuk Dr N.K.S. Tharmaseelan and Board of Engineers Malaysia engineering accreditation expert Dr Siti Hawa Hamzah believe that the flawed quality control system is fixable.

One solution is to reject returning overseas graduates who apply for jobs if they are found to have not fulfilled the criteria set out in the NOC and CL, said Dr Tharmaseelan, who was the former MMA and the Medico-Legal Society of Malaysia president.

“The current requirements for entry into any private medical institution are five Bs in the SPM Science subjects, which is not difficult to achieve.

“The Public Service Department (PSD), which employs all public servants, can draw up policies to reject candidates who cheat their way into medical colleges despite not meeting the required SPM grades.

“The ministry should also withdraw the accreditation given to overseas medical colleges that admit Malaysians without these qualifications, ” he said.

The ministry’s reasons for stopping the NOC and CL, he added, does not hold water and could result in more unqualified students getting into medical colleges through dubious means.

“Instead of working to make it a foolproof system, the ministry has opted for an easy way out by getting rid of the NOC and CL. Dr Tharmaseelan: The ministry’s reasons for stopping the NOC and CL does not hold water.

“The dropout rate of doctors who graduate with the NOC and CL, is about 30% during their housemanship.

“The numbers will rise exponentially if we do away with the SPM requirements – medical care and education standards will drop, ” he said, adding that the list of overseas certificates, diplomas and degrees that are recognised by the Malaysian government for application and appointment in the civil service, is outdated.

“College facilities overseas must be regularly inspected, but financial and logistical hurdles may have hindered these efforts.”

Agreeing, Siti Hawa said there are ways to prevent forgery of the documents without having to abolish the system.

The ministry, she added, has a strong global network with foreign universities which it could enlist to help address the problem and ensure the quality of returning graduates.

“Legal action against the individual or organisation that conducts the forgery of the NOC and CL can be considered.

“This is an integrity issue which can be dealt with through the use of technology – for example, an online platform, ” she said, adding that for engineering courses, foreign universities usually require two referee reports and will check applicants’ entry qualifications.

To minimise the risk of forgery, some universities also ask referees to fill up an online referee form.

Ending the NOC and CL, she said, could impact students from low-income (B40) families who rely on the SPM to quality for a spot in an overseas institution.

Universities do their own vetting

Besides the NOC and CL, universities have their own admission requirements, education consultants say.

Education USA – a network of advising centres in 170 countries that provide information about how to apply to accredited colleges and universities in the United States of America (US) – said universities only admit applicants who meet their requirements.

Education USA Advising Centre adviser Kavita Chandran said this is so that students are able to cope with their academic process.

Education USA comes under the purview of the Malaysian American Commission on Educational Exchange (MACEE).

“US universities use a holistic assessment system to determine admission, so not having a NOC and CL does not impede the student vetting process of US universities.

“While there are various accrediting bodies in the US, we refer to the Council of Higher Education Accreditation and the US Department of Education’s accreditation as these bodies are recognised by countries across the world, ” she said, adding that institutions accredited by these bodies would not have to worry about whether their degree is accepted in their home country.

German Educare director Jonathan Lau said with or without the NOC and CL, students will have to meet the university’s and visa requirements before they can further their studies abroad.

Universities in Germany, Lau said, take additional steps to manage and maintain the quality of students beyond their reliance on pre-university qualifications from internationally recognised examinations such as the A-Level, STPM and International Baccalaureate.

In most cases, universities do not hesitate to expel students if they fail their semester examinations, he added.

“This is a form of quality control which enables universities to welcome fresh graduates with confidence.

“The universities also work with education consulting companies like us to get more assurance about the quality of students.” 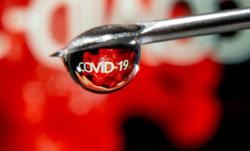