FOR years, the Higher Education Ministry’s no objection certificate (NOC) and clearance letter (CL) – a form of quality control for students who studied in higher education institutions overseas – were plagued with allegations of forgery, especially among unqualified medical students.

Since 2016, The Star has been highlighting how students who do not qualify for medicine, pharmacy, veterinary studies, dentistry and aviation, were being guaranteed places in universities abroad – thanks to dubious and unscrupulous agents.

Recently, “Raising concern over unqualified doctors” which was published in The Star, saw a senior educator questioning the quality of some young doctors in the country.

“Every year, I have to certify the documents of young doctors who are applying for housemanship in local hospitals. I am shocked to see their Sijil Pelajaran Malaysia (SPM) examination results.

“However, they managed to obtain the NOC to study medicine as their university had a twinning programme in a foreign country, ” read the letter, which garnered close to 27,000 views online on Aug 5.

Acknowledging that the documents had been misused by certain quarters for their personal interest, the ministry announced that the NOC and CL would no longer be issued effective July 24.

Those who wish to study abroad are now advised to ensure that the institutions and programmes they are interested in are accredited.

Students are encouraged to review and obtain confirmation on the qualification recognition status awarded by higher education providers, from authorities and quality assurance bodies of the respective countries, and to obtain a list of overseas certificates, diplomas and degrees that are recognised by the Malaysian government for application and appointment in the civil service, the ministry said in a statement.

The move came as a surprise as barely a year ago, the Education Ministry revealed that blockchain technology would be used to prevent the NOC from being forged.

A minimum of Grade B in Mathematics, Additional Mathematics, Physics, Biology and Chemistry in the SPM is needed to get the NOC but the certificate lacked features that protect it from being manipulated and falsified, the ministry’s former Higher Education Department director-general Datin Paduka Dr Siti Hamisah Tapsir had said.

While established universities with their own admission processes will unlikely be affected by the abolishment of the NOC and CL, doing away with these documents may finally bring an end to the problem of unqualified professionals, especially in medical courses.

Welcoming the move, the Malaysian Medical Association described the NOC as being fraught with problems but others are of the view that the ministry should find alternative solutions to fix the flawed system instead of taking the easy way out by abolishing it. – By SANDHYA MENON 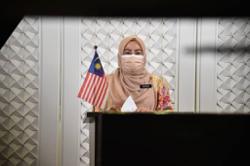