Heading up the slope once again.

A primary lowland rainforest with a diverse ecosystem, Lambir Hills National Park is located 30km south of Miri, Sarawak. At 6,952ha, it is a relatively small park comprising largely of mixed dipterocarp forest, with some small areas of kerangas (heath forest). The park is 150m to 465m above sea level.

The lure of a hash run in a rainforest was enough to get me to sign up for the Solstice Hash Shot #25 in Miri. I was told to expect steep ridges, streams, swamps and every natural delight that would quicken the heart of any die-hard Hasher. 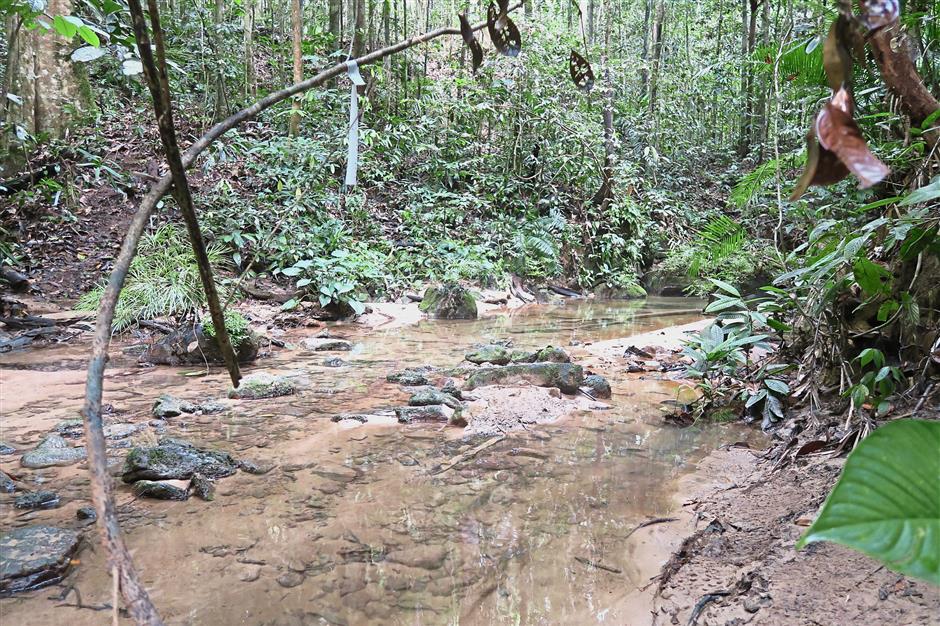 A clear stream at the valley bed

I did not know it then, but the hash menu comprised no less than four hills with an interesting valley ending at a creek bed. The hares did not disappoint, setting a multiple up and down route, by tapping into the hilly and undulating topography of Lambir Hills.

Along the Miri-Bintulu highway, three busloads of Hashers entered some of the obscure older trails in Bukit Lambir by scrambling up an escarpment on the left of the highway. Guided by paper through the jungle, we ducked under the forest cover and hit a sharp downhill almost immediately.

After a short stretch of flat ground with a stream crossing, we started up the second hill on dry bracken and the occasional climb over a fallen trunk. A fork 20 minutes later signalled the parting of ways for the Short trail to the left and the Long trail.

After 10 minutes of steep downhill walking, we saw our next challenge. Several large treefalls crisscross the width of the creek bed. Liberally covered with moss, the tree trunks were in various stages of decay. The crossing involved scrambling from one trunk to the next to avoid landing in the creek and we made sure to test the sturdiness of each trunk before stepping on it. Heading to the trailhead from the side of the highway.

Staying clear of the mushy ground, the trail rose steeply, winding its way up the slope. The third hill was a strenuous climb that lasted 20 minutes. It eventually levelled out and continued undulating gently along the ridge.

Over the next 10 minutes, the trail descended and climbed again before dropping into a valley, ending at a creek bed. This clear creek is a pleasant resting spot, with the soothing sound of flowing water. I managed to rock-hop across the creek without any mishaps, giving way to a fellow Hasher behind me.

From that point onwards, I kept hearing slight noises regularly, alerting me of Hashers closing in from behind. Despite a 30-minute head start, the front runners from the local Miri chapter had already caught up. I stepped aside to let them pass. 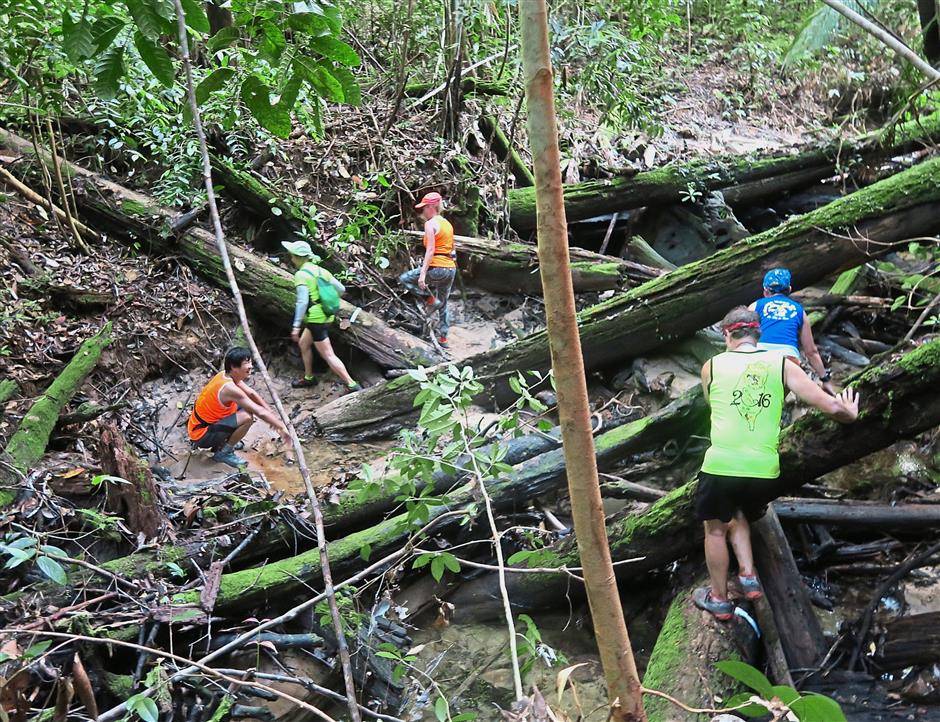 As I trudged up the final hill, Hashers continued to run past me, shouting encouragement, assuring me that it was the absolute last hill and to watch my step. The trail was obstacle strewn with huge trunks, rocks and roots.

After a final hurdle of shrubs, I was suddenly clear of the forest, emerging onto a grassy area beside the highway. From there it was a short jog back to where the buses were parked.

After two hours of brutal heat, it was absolute bliss to rehydrate with an ice-cold drink and some watermelon slices. Sufficiently cooled down, I headed to the river nearby to clean up and change into fresh gear. 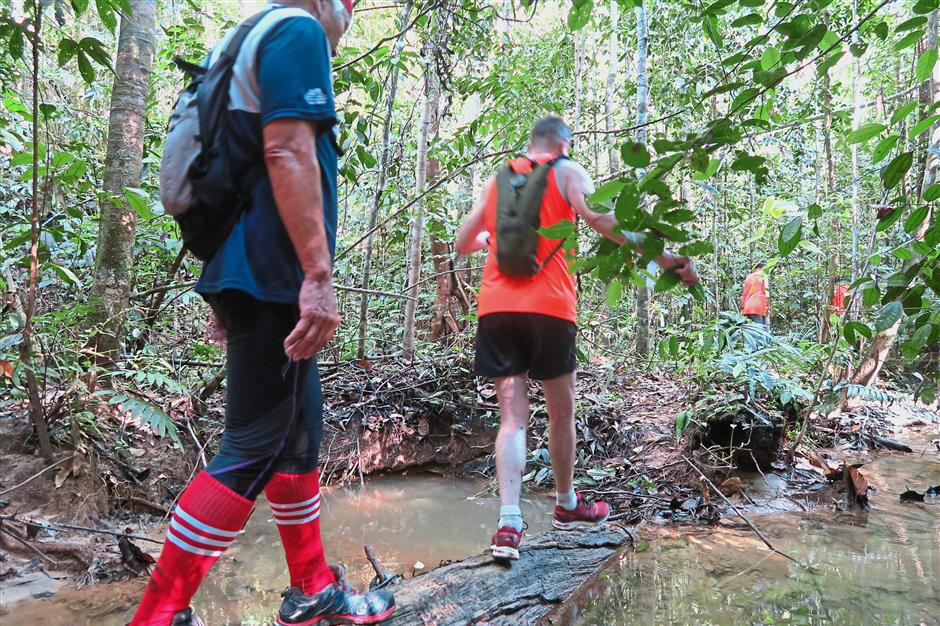 Reunions and revelry hold deep meaning
Hitting refresh in 2023
Let the celebrations begin, albeit wisely
Get a dog tag to avoid paw-blems
Of clashing events and hotheads
Look beyond culling to reduce human-croc conflict
Numbers a warning sign
Listen to grouses on ground
Get cracking on upping egg supply, lowering food prices
Safer to practise prudence