A pedestrian seen crossing a busy road. Failure to observe traffic rules could lead to unwanted disagreements with other motorists. — Filepic

WHILE we Malaysians are often known to be a kind, welcoming and generous lot, the pandemic has also brought out the worst in some of us.

What has happened to basic human decency?

But despite the emotional and physical toll, now is not the time (nor is it ever) to act like raging lunatics.

Since the start of the pandemic, there has been substantial research showing that isolation can lead to negative mental health and consequentially, bad behaviour, as is evidenced by the increasingly frequent news stories of this kind.

Now more than ever, we all need to keep our sanity in check.

Yet, even with social media exposing rude behaviour and disorderly conduct by members of the public, there are some who simply couldn’t care less, not even if it means getting fined or arrested.

Tempers are flaring over the smallest disagreements.

I myself have witnessed two incidents relating to road rage.

About two months ago, in Section 14, Petaling Jaya on a weekday afternoon, I was entering Jaya Shopping Centre via the front staircase when I heard a car horn being sounded a few times.

The car in question was being driven by an elderly man, and with, presumably, his wife in the front passenger seat.

He was honking at a younger man who was crossing the road carelessly, having failed to notice the car because he was on his mobile phone.

A level-headed pedestrian would have taken heed and realised that he had been in the wrong for not observing oncoming traffic before crossing the road.

Instead, this younger man gave the elderly gentleman an angry stare and approached the driver’s door.

He then grabbed the senior’s shirt collar, forcing him out of his car.

I felt anxious for the elderly couple in the car, fearing an altercation would follow.

The pedestrian continued being aggressive, until a few passers-by noticed what was going on and persuaded him to desist.

The elderly couple then drove off, relatively safe from the encounter.

In another incident on the second day of Hari Raya, I was in my car at a traffic-light stop when I noticed a motorcycle rider in front of the car ahead of me gesturing rudely to the driver.

I was not sure what had triggered the motorcyclist but he alighted from his bike, took two steps to the driver’s side of the car and started gesturing towards his bike as if the driver had hit it.

The driver opened his door and got out calmly, trying to figure out what had happened.

But the motorcyclist made a grab for the driver’s face mask, ripping it off his face.

It looked like he was being verbally abusive as well.

At this point, the lights turned green and from what I could see from my car, the motorcyclist gestured for the driver to proceed further up the road to “settle” the problem.

On social media recently, many viewed a video of a customer verbally abusing a nasi lemak seller and her customers after they chided him for not wearing a face mask in public.

In the video, the man could be heard spewing expletives and threatening to “whack” a customer.

The incident at the stall was captured by a passer-by and after it went viral on social media, police arrested him for violating Covid-19 standard operating procedure under Regulation 17(1) of the Prevention and Control of Infectious Disease (Measures Within Infected Local Areas (Movement Control) Regulations 2021.

On Thursday, the man claimed trial to the charge of violating the Covid-19 SOP, and to another offence under Section 509 of the Penal Code for allegedly speaking offensive words to the complainant.

Soon after the video went live, the man’s MyKad photograph was circulated online and netizens started issuing their own threats against the man.

This unauthorised sharing of personal data is in itself an offence under the Personal Data Protection Act 2010 (PDPA), and leaves one open to a suit by the MyKad holder.

This kind of behaviour also amounts to “cancel culture”, where people who have transgressed are called out and ostracised on social media, or even in person.

Threatening anyone using social media, any intimidation sent online or via other communication applications, is also punishable under Section 211 of the Communication and Multimedia Act (Act 588).

Unbridled anger can be hard to control; it disrupts our social interactions and puts us in a whole lot of trouble, something we really don’t need during a pandemic. 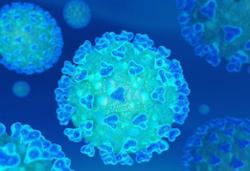