Ampang Jaya, which is surrounded by hills, has been hit with landslides, especially during the monsoon season. —Filepic

SELANGOR government has identified three local authority areas with vastly different topography to see how they adapt to and handle natural disasters brought on by climate change.

This will enable the state government to make preparations to face disasters if they occur in other places in Selangor with similar terrain.

He said the information would be collected throughout the year and used to draft the Selangor Climate Change Action Plan and Policy 2030, which was expected to be finalised in 2024.

“It would serve as a framework to guide the state, local authorities, state departments and agencies, industries, local community and stakeholders to achieve climate resilient development,” he added.

He was responding to Jamaliah Jamaluddin (PH-Bandar Utama) who asked if the state had a comprehensive arrangement to develop adaptation and mitigation plans for climate change.

The major floods in December last year highlighted the importance of integrating short-term action such as climate disaster risk management efforts with medium and long-term efforts like climate change adaptation, to increase the resilience of the local communities, he said.

“The Selangor Climate Change Action Council or Iklim Selangor that consists of experts in policy development, climate, urban and municipal planning decided on the objectives of the policy, which includes identifying integrated actions to achieve sustainable development goals.

“The policy should also look at strengthening the state’s capability in reducing the impact of climate change and give priority to adapting to it,” Hee added. 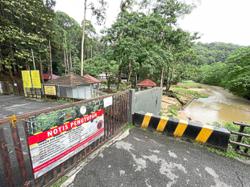 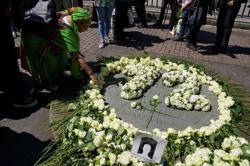