TWO busy roads in Sepang, Selangor that connect places such as Dengkil and Putrajaya to the Kuala Lumpur International Airport (KLIA) have been poorly maintained and pose a danger to motorists.

Known only as FT29 (Dengkil bypass) and FT31, the roads are under the purview of the Public Works Department (JKR).

The lack of street lights along certain stretches, overgrown grass, damaged drains and railings as well as congestion due to poor road conditions are among public complaints that have been received.

However, all these complaints have been directed to the Sepang Municipal Council (MPSepang), which said that the roads were under JKR so local council funds could not be used for their maintenance.

Councillor R. Arumugam, who is in MPSepang’s infrastructure and public facilities committee, said it was best for the roads to be handed over to the local council.

He said their hands were tied as matters related to the upkeep of the roads had to be escalated to JKR for action, and the department would take a very long time to respond.

“We have received numerous complaints from the public about the roads.

“Some stretches have had no street lights for years, making it dangerous for motorists travelling at night. Accidents have happened because of it.

“The grass at the roadside is overgrown. Damaged drains have not been repaired.

“We have raised the issue many times during our meetings with JKR officers. The officers acknowledge the problem but little action is taken,” he said.

Arumugam said JKR could be facing funding issues. Therefore, it was best for the department to surrender the roads to the local council for maintenance.

Another MPSepang councillor Kenneth Lee said the matter of road maintenance could be resolved if it were under the council.

“The people think that all road maintenance works are under the local council and get upset when their complaints to us, their representatives, are not attended to.

“But we cannot do anything about it, other than to raise it with JKR.

> Turn to page 3“Despite it being JKR’s responsibility, the local council and councillors have had to bear the brunt of the people’s anger,” he added.

Lee said the state of the roads also gave a bad impression of the municipality which connects KLIA to major towns.

In an email response, Sepang JKR district engineer Mohamad Yusrey Mahat said the two roads were federal roads under the agency’s supervision and were maintained by a concessionaire.

“Drains are cleaned four times a year, in stages, at approximately 16.58km stretch every month.

“As for the 17.8km-long FT31, which is categorised as a main road, grass cutting is done nine times a year. However, the job was not done in March, June and October.

“The drains are cleaned twice a year or 3km stretch a month,” he said.

On the complaints about faulty street lights, Mohamad Yusrey said the department was working on getting them fixed.

He said cables and feeder pillar components for the street lights along FT29 were stolen at three locations in June.

“The thefts caused almost all the street lights on that road to fail and we have applied for an allocation to fix it.

“As for FT31, the installation of street lights is being done in phases according to the allocation approved last year.

“We will apply for an additional allocation for new street lights.”

Mohamad Yusrey said in 2019, there was an application from MPSepang to take over the stretch between Ampar Tenang Petronas in FT31 and the Chinese cemetery in FT214.

However, he said the JKR Road Facilities Maintenance branch did not agree to it.

“It was explained that such a handover would complicate JKR’s administration and maintenance works.

“The road gazetting process would also be more complex because parts of the federal road network on the same alignment would be cut off,” he said

On other matters, Mohamad Yusrey said the department had also applied for allocation from the headquarters to upgrade part of FT31, in front of the JKR quarters in 2020, where two lanes merge into one, causing a bottleneck during peak hours.

He also said the department would apply for allocation from Selangor JKR to repair pedestrian safety features near schools.

Long-time Dengkil resident P. Balakrishnan, 58, said he was dicing with danger every day using the roads.

He said the absence of street lights was his biggest problem.

“I am a lorry driver and I am on the road a lot. It is really dark at night.

“My son, who was riding a motorbike, was involved in an accident in June, because the car driver could not see him at the junction on FT29.

“He suffered broken bones in his legs, chest and face, among others. The accident could have been prevented had the area been adequately lit,” he said.

Balakrishnan said the lights were fixed days after the accident but they went out again in the matter of days.

“The street lights had not worked for a long period of time. The authorities need to look into this before more accidents happen,” he said.

Another frequent motorist on the two roads, trader Lee Khuan Huat, 52, from Dengkil said the lack of street lighting was very serious.

“I have seen many accidents involving cars and motorcycles.

“I am on the road at night often due to my work. The road is dark and visibility is poor. The rainy season makes the situation worse.

“The other day, a car broke down at night along FT29 and I saw the driver waving his torchlight to alert other motorists.

“The street lighting problem has long been an issue. I wonder why it is taking so long to be fixed,” he said. 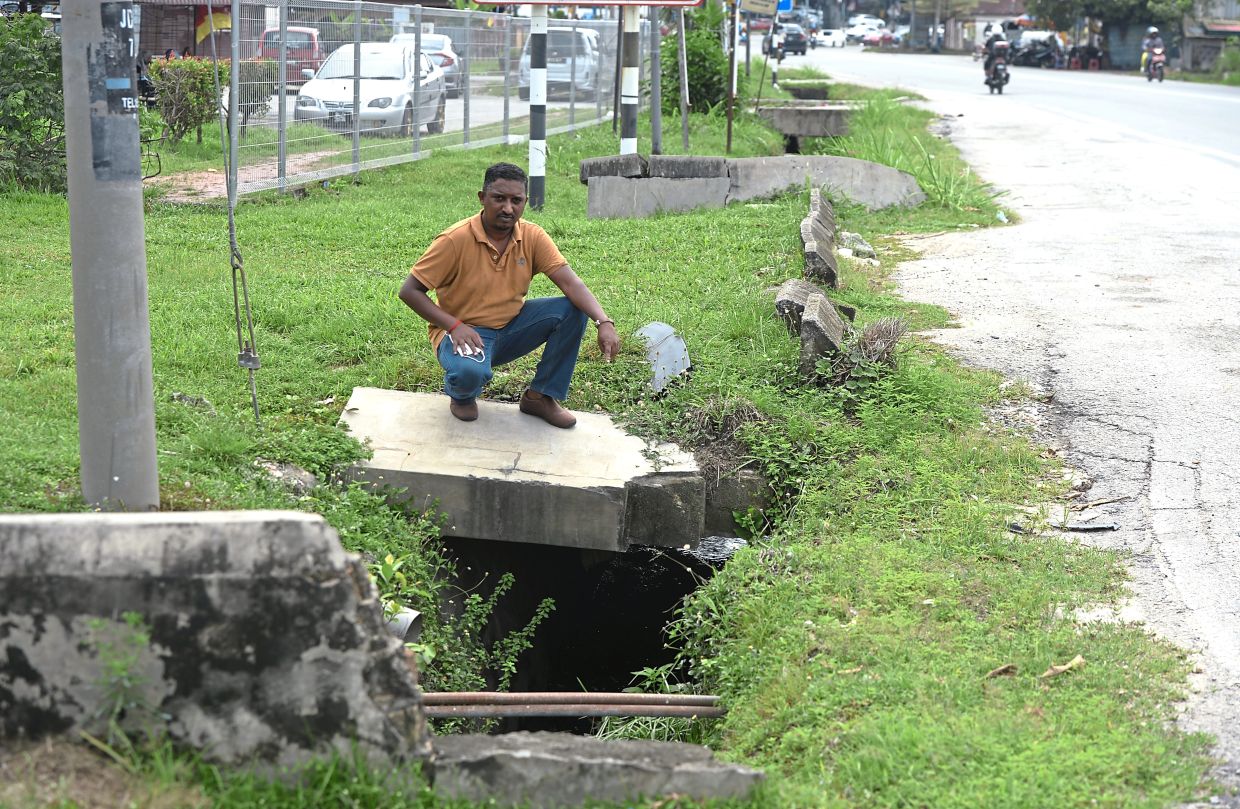 The two lanes that merge into one on FT31 near the JKR quarters are often congested and in need of upgrading.