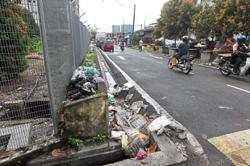 Amirudin: Timeline of the complex redevelopment was delayed because of the 15th General Election but it is now expedited.

PLANS for the redevelopment of the Shah Alam Sports Complex will be completed soon with on-ground works expected to start by the first quarter of next year.

“We are also waiting for integrity studies to be done, which is important to determine the stability of the land and ensure that there is no water movement, among other considerations.

“The timeline was delayed slightly because of the 15th General Election but is now being expedited,” he said.

He was responding to a question from Zakaria Hanafi (BN- Semenyih) on the status of the project at the state assembly sitting.

Amirudin said the development would incorporate not just sporting and leisure facilities but would also encompass commercial components to further spur economic activities, providing opportunities for the area to be self-sustaining in the future.

“We have received good preliminary feedback from the public following the second announcement for the project (in September).” StarMetro had previously reported that the existing structures would be torn down to resolve the main issue of flash floods by raising the new moveable pitch.

The new pitch will sit within a bowl-design stadium with a fixed roof and on a raised platform with its own irrigation system, which will negate the use of moats and allow spectators to be closer to the field.

The stadium can be converted for indoor or outdoor use with a movable pitch and will be able to accommodate between 35,000 and 45,000 spectators. 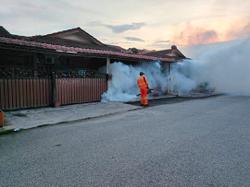