MBI stopped printing the physical scratch-to-pay coupons last June and is urging residents to familiarise themselves with using the app.

IPOH is transitioning to fully digital parking payment by 2024.

Since the Park@Perak app was introduced in 2019, the Ipoh City Council (MBI) stopped printing physical scratch-and-pay coupons in June this year and urged motorists to familiarise themselves with the app.

The city council is also trialling cashless payment for parking at the Perak Urban Transformation Centre (UTC) and Amanjaya market to the dismay of some, especially senior citizens.

While the app is convenient for the young and tech savvy, some senior citizens who spoke to StarMetro said it was troublesome.

“Since cashless parking payment was introduced at UTC, I only park outside.

“I go to the market in Amanjaya very often and have no choice but to compete with other motorists to find a parking bay outside, as I don’t know how to use the app.“Some of the merchants at the market also told me they are doing the same.

“It is a headache for people like me when only the app is allowed for payment,” she added.

Liew said her children would help her pay for parking by keying in her car details on the app in their phones.

“Once I find a parking bay, I’ll call or message them and they will pay for me.

“My son told me the app is not that easy to use, especially for the elderly.

“The words on the app should be bigger as I have trouble reading them without my glasses.

“I find the coupon system easier to use,” she added.

Retired tailor Chiam Kong Soon, 71, from Bercham, said elderly folk should not be accused of being stubborn for not familiarising themselves with the app.

> TURN TO PAGE 3“Some elderly folk have poor eyesight and worry about keying in the wrong information.

“I also know of some folk who use old handphone models that are not compatible for mobile apps,” he said.

“Some of us just want to use our handphones for making calls and may not even have data.

“I heard that some motorists received summonses because they did not know how to use the app and were not able to get parking coupons,” he added.

Chiam, who goes to the wet market regularly, said he would try to park along roads near houses.

“I will find spots where I do not have to pay, even if it is farther away from the market.

“If the city council could retain the coupon system option, that would be great for people like me,” he said, adding that parking meters that used coins were the best option.

The decision to go fully digital by 2024 was announced in May by Ipoh mayor Datuk Rumaizi Baharin.

Parking coupons still in circulation can be used until Dec 31, 2023.

He said the decision to go fully digital was in line with MBI’s objective to turn Ipoh into a smart city by 2030.

“We responded to the Federal Government’s call for all government agencies to move to digital-based services.

“A lot of cities in other countries have implemented digital parking payment.

“People still have plenty of time to adapt and switch to the app,” the mayor added.

“We need to go paperless where possible,” he said.

Dr Ng, who is also a city councillor, said money saved from printing costs could be used for other purposes such as improving infrastructure at public parks,” he added.

“The app could include a function for people to use agents to pay for parking and who will earn a commission through such transactions.

“These agents can put up signboards to indicate that they offer digital parking payment.

“This will not only benefit senior folk who have trouble using the app but also tourists from other states who do not have the app installed on their smartphones,” he noted.

She acknowledged that there were still some issues and challenges.

“A number of districts are already using the Park@Perak app but there are still some folk who are not ready.

“I understand the challenges faced by some people to go digital, especially those staying in rural areas,” Nolee Ashilin added. 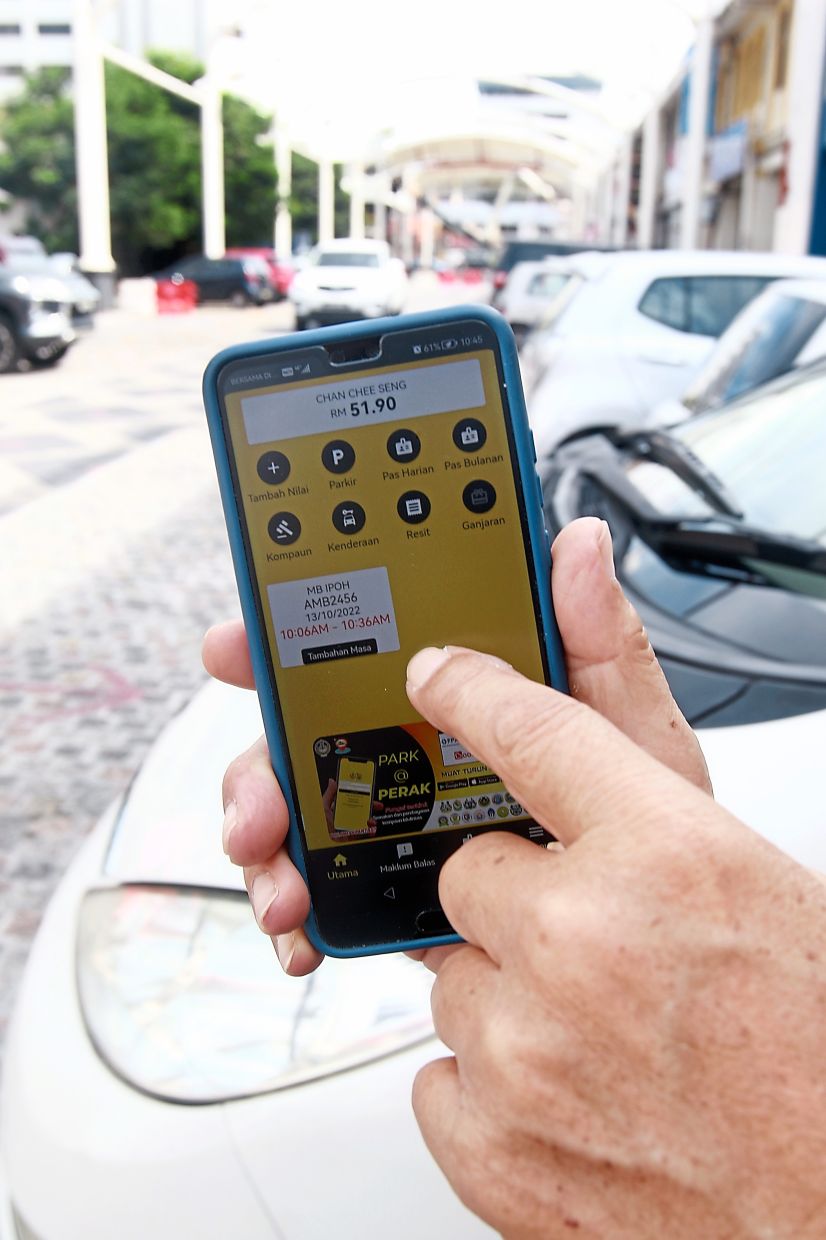 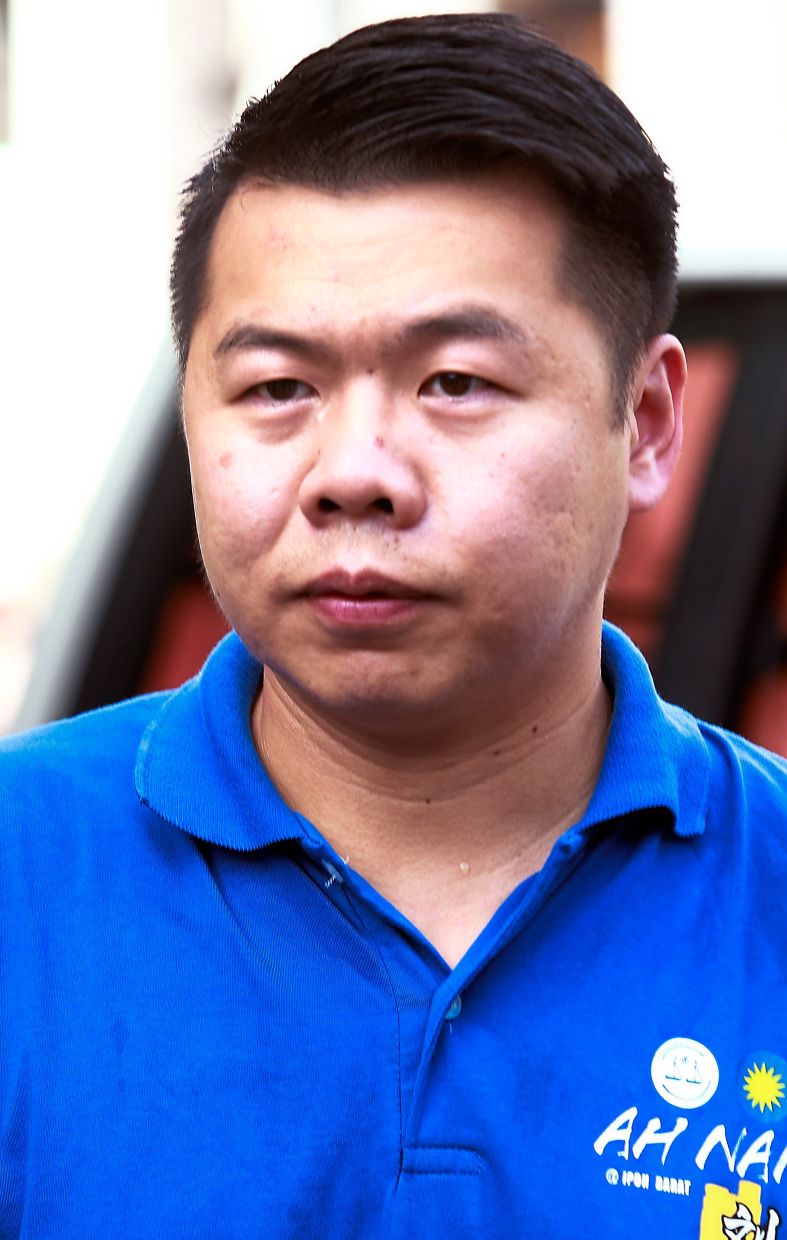 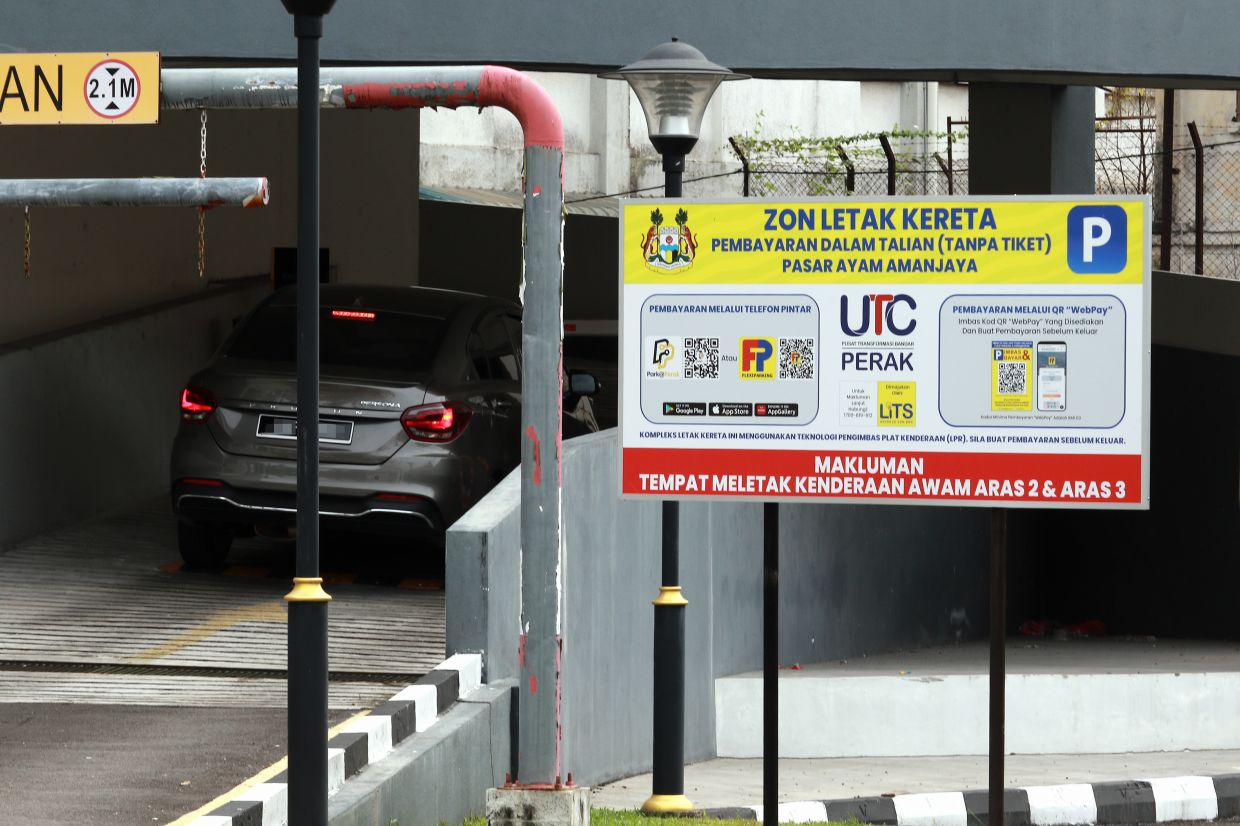 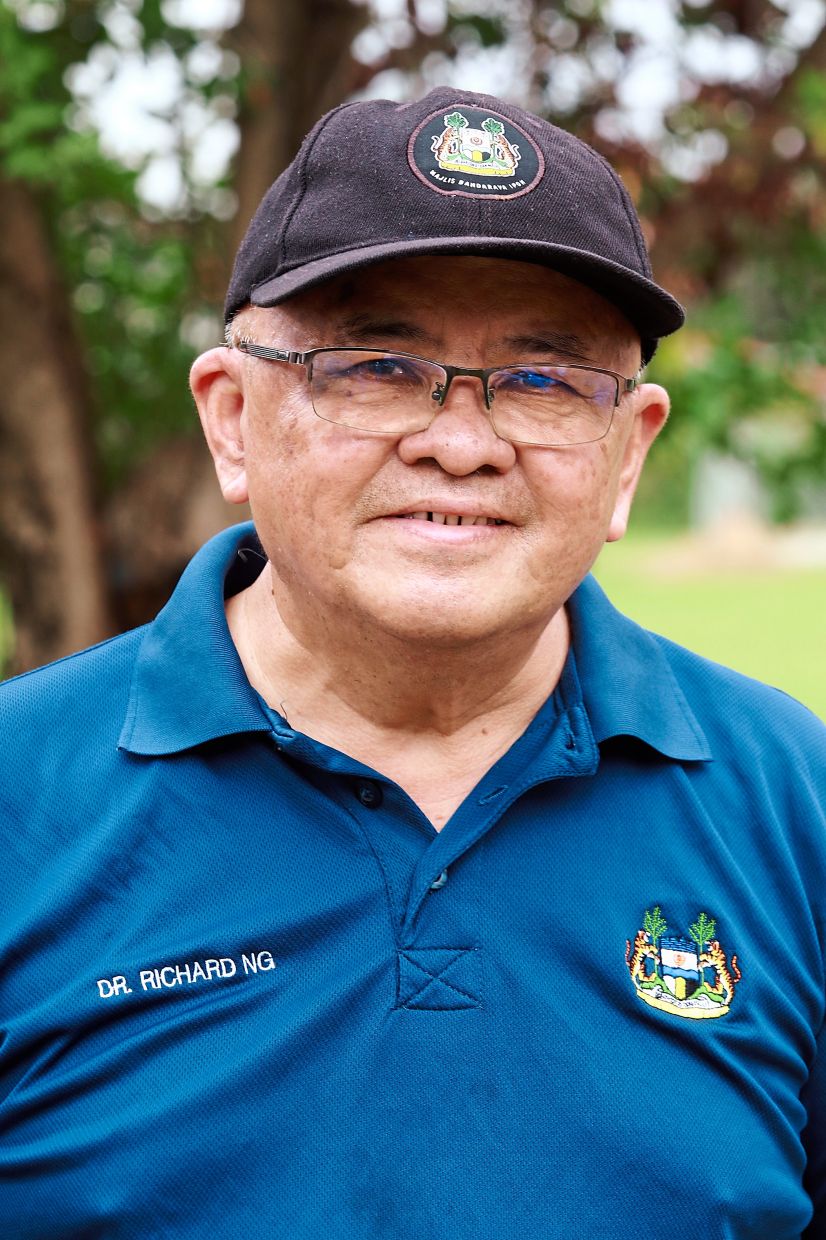 MBI stopped printing the physical scratch-to-pay coupons last June and is urging residents to familiarise themselves with using the app.

A motorist using to the app to pay for parking in Ipoh.

Low: The app should incorporate agents who can sell ecoupons to motorists for a commission.

The city council is no longer printing parking coupons since June this year.

Liew: Many visitors to the Amanjaya market and UTC park outside.

Ng: Senior citizens will be forced to adapt to the new system once printed coupons are disallowed.