"We were alerted to attempted fraudulent land transactions that deceived people by using the names of PTGS, District and Land Office (PDT) in Selangor and even Selangor Mentri Besar," said PTGS in a statement.

"A police report has been lodged on identified cases so that strict action can be taken on such fraud crimes."

According to the statement, the modus operandi would have someone impersonating a representative dealing with PTGS or any PDT.

The parties involved would issue notices to sell a property and falsify the signatures on the notices.

Some parties would also use the names of senior PTGS or PDT officers, whether still in service or retired, by providing information and false promises for land transactions.

"We would like to remind the public to be vigilant of scams involving land transactions. There are several factors that could lead to the fraud problem, whether involving an individual or syndicate,” said PTGS.

"Buyers who intend to purchase land are advised to be careful and not fall victim to such scams.

"We urge buyers to be wary as the transactions involve a huge sum of money and it is difficult to get the money back once a person falls victim."

To avoid being deceived, PTGS suggested that the following measures be taken:

- Conduct a check on land ownership, ownership/ lot number and land area size through a search at the relevant PDT office or PTGS

- Check interest restrictions such as ownership rights, caveats and collaterals

- Ensure the representative has a valid power of attorney letter

- Establish a sales and purchase agreement

- Use the services of a proper lawyer

- Use the services of an experienced real estate agent

- If possible, meet with the landlord to get validation 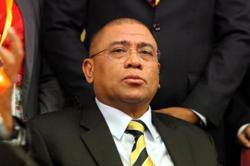